Coronavirus: Defra looking at redirection of milk as 'matter of urgency' 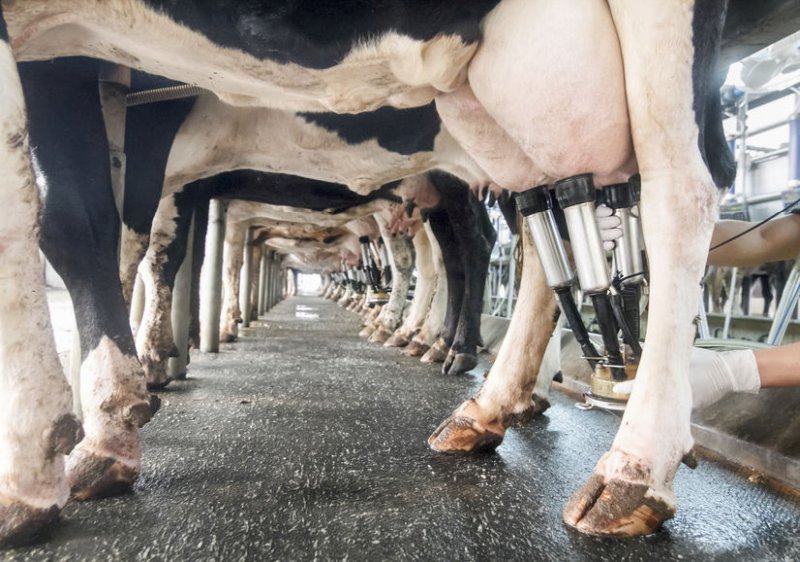 The government is looking into the redirection of milk from the hospitality sector to the retail market as a 'matter of urgency' as farmers warn of financial trouble.

The first two weeks of March saw retail demand for milk increase by 15-20% whilst the food service sector saw a 70% drop as consumers stayed away from cafes and restaurants.

But this increased demand in retail is not sufficient to offset the decreased demand from the food service sector, NFU Cymru recently warned.

It comes as the UK’s largest independent processing dairy, Freshways, announced a significant drop in its milk price due to the pandemic.

The dairy processor, which supplies hotels, airlines and the food industry, slashed their milk price by 2p per litre.

NFU dairy board chairman Michael Oakes explained that some dairy farmers were 'particularly vulnerable' in a situation which is 'highly volatile'.

Speaking to the BBC about the situation, Staffordshire dairy and arable farmer Peter Pratt said his family-run farm had been 'hard hit'.

He said he was 'quickly running out of money' and urged the government to act.

Leicestershire-based Bumble Bee Farm, a family run business with a 101-year-old history, told the broadcaster that its future is now in doubt.

Alan Smith, from Bumble Bee Farm, said: "We're losing nine pence on every litre we send but the worst of it is they won't now pay us for 70 days.

"We can't go on losing forever."

A Defra spokesperson said the government is aware of the need to redirect produce due to the Covid-19 crisis and is looking at the matter as a 'matter of urgency'.

"We are working closely with representatives from the dairy supply chain to understand what short-term and long-term support the whole sector needs," the spokesperson said.