Coronavirus: Farmers who dumped milk to 'lose out' from dairy fund 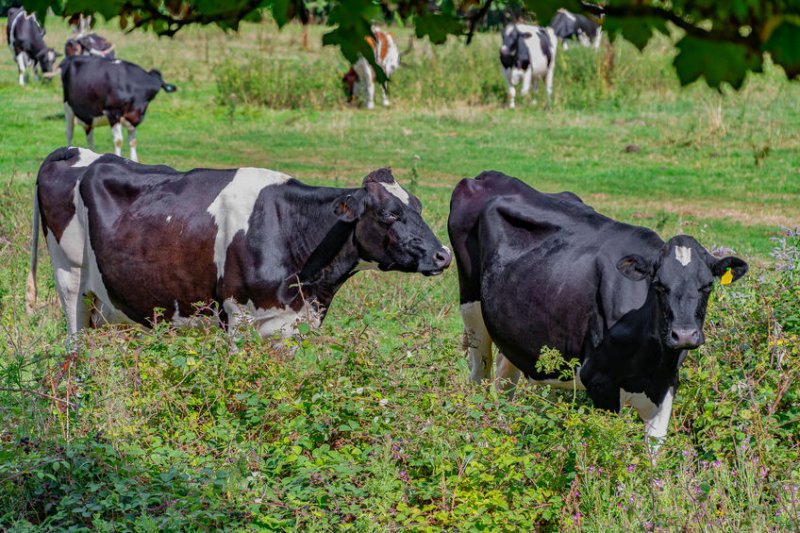 The government has chosen to calculate the fund's eligibility by using milk price pence per litre drop only, instead of lost income

Farmers who dumped milk during the coronavirus outbreak are set to 'lose out' from the government's dairy hardship fund as applications now open.

The fund opened for applications on Thursday (18 June) for farmers in England and Wales impacted by the Covid-19 pandemic.

Producers are able to apply up to £10,000 to cover 70% of their losses across April and May incurred as a result of a drop in price

The deadline for the fund's applications is 14 August. Farmers will be able to apply for a single payment from the fund, which will be paid out from 6 July.

It follows a reduced demand for milk with the closure of restaurants, bars, and cafes in recent months as a result of the coronavirus.

But dairy industry groups have raised concerns over the lack of information from the government regarding the fund's eligibility criteria.

The government has chosen to calculate eligibility by using milk price pence per litre drop only, instead of lost income.

The Royal Association of British Dairy Farmers (RABDF) chairman Peter Alvis said the fund did not go 'far enough' to support those dairy producers who were in serious need of financial help.

He said: "Those farmers who had to dump milk still don't appear to be covered by the funds, neither do farmers who process their own milk or those in the non-bovine sector.

“We do not understand how farmers will demonstrate milk volumes dumped as this will not appear on milk statements and therefore, the volume loss can’t be evidenced in this way.”

There is also industry disappointment over the fund's exclusion of the non-bovine sector, despite the government's 'awareness' of the sector's fragility.

"Due to the small size of the sector we hope the government can find a small sum of money to support them as without it, these farms will struggle to survive,” Mr Alvis said.

There are fears over the fragile state of the non-bovine milk sector, which could face 'collapse' without support.

NFU Cymru has urged farmers who may be affected by the fund's 'narrow' eligibility criteria to still submit their applications,.

The union said this would ensure the Welsh government was aware of the extent of the problem and the numbers involved.

“We still have concerns about the scope of this scheme and the way Welsh government have chosen to calculate eligibility," said Abi Reader, NFU Cymru dairy board chairman.

"The effect of this is that many dairy farmers who reduced production directly due to the Covid-19 crisis could now lose out on much needed support."

It comes as the RABDF dairy losses survey show that up to the middle of May, over 17m litres of milk had received a reduced value.