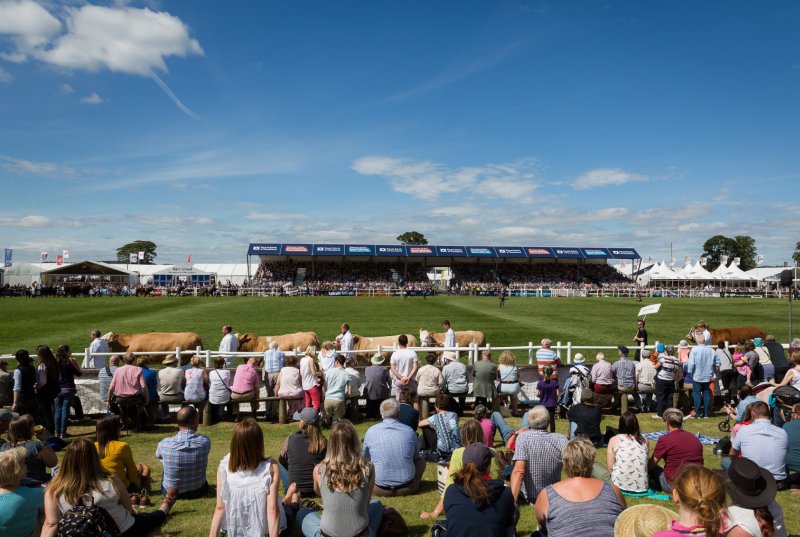 The Royal Highland and Agricultural Society of Scotland has confirmed that the 2020 show will not go ahead as planned due to the coronavirus (Covid-19) crisis (Photo: Royal Highland Show)

Prominent agricultural shows across the UK have been cancelled or delayed due to the restrictions brought on by the coronavirus outbreak.

The Royal Highland Show, Scotland’s largest outdoor event attracting up to 200,000 people each year, has been cancelled.

The decision was taken by the Royal Highland and Agricultural Society of Scotland (RHASS) directors, who met virtually on Tuesday (17 March).

It is in line with the Scottish and UK government’s policy and guidance on gatherings and social distancing.

Commenting on the decision, RHASS Chairman, Bill Gray said: “It is with deep regret and huge personal disappointment that I confirm the cancellation of the 2020 Royal Highland Show.

"Plans for the 180th Show are at an advanced stage but given recent and ongoing developments, the directors and I have taken the only course of action open to us."

He added: “Thankfully, the sector is nothing but resilient and while this will no doubt test us, I am confident that some good will come from what is a bleak and worrying time for us all.

"To that end, we are calling on the industry and wider partners to work with us to support each other to ensure we weather the storm.”

RHASS confirmed that exhibitors and sponsors will be communicated with over the coming weeks and ticket holders should contact the RHS ticketing partner Ticketmaster for a refund.

RHASS Chief Executive, Alan Laidlaw said it would be naïve to underestimate the massive impact the cancellation will have on the charity.

But he added: "With the industry’s support, I have little doubt that we can, and we will, get through this.

"In these unprecedented times we must focus on the wider issue, support the vulnerable in our communities and ensure that Scottish agriculture plays its essential part in achieving this."

Elsewhere, the directors of three major events in the south west - Devon County Show, the Royal Bath & West Show and the Royal Cornwall Show - have announced the postponement of their events.

They said the decision is the 'most responsible action' to protect their visitors, traders and exhibitors from the spread of the virus.

The three shows, all of which were scheduled to take place in spring, will be postponed: The Royal Bath & West Show will now take place on 31 July 1, and 2 August; Devon County Show 28, 29 and 30 August; Royal Cornwall Show 10, 11 and 12 September.

The agricultural show sector is represented by the Association of Show & Agricultural Organisations (ASAO) which is monitoring the situation in the hope that the show season can be maintained while continuing to recognise the importance of managing public health.

"We hope that our visitors, traders and exhibitors will understand we are in unprecedented circumstances and that we have a civic responsibility to act with caution."

The National Beef Association's Beef Expo event, due to take place in Darlington on 28 May, has been postponed until later in the summer.

"We are in consultation with our event partners, and continue to monitor the situation closely. We will advise the rescheduled date in the near future," the body said.

Other prominent shows cancelled due to the virus include the British Pig and Poultry Fair and the Grassland & Muck Event, which were due to take place 12 May and 20 May respectively.