Could Johne’s disease be lurking in your flock? 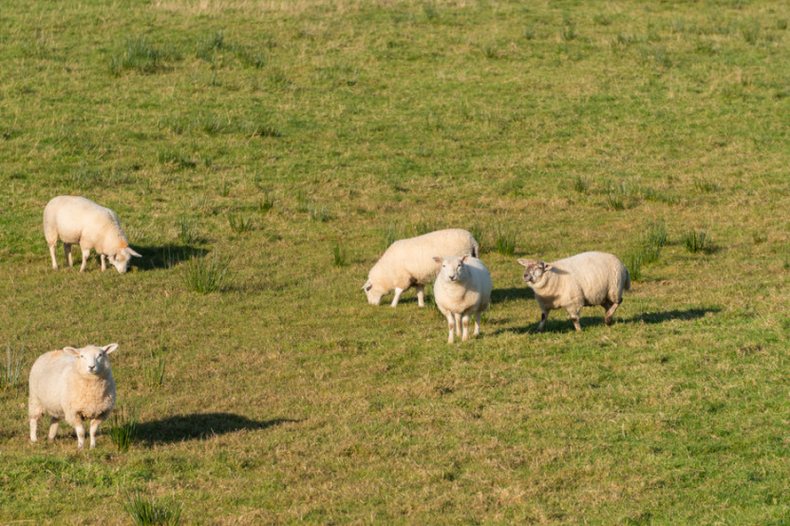 As one of the 'iceberg' diseases, Johne's disease can have a serious impact on productivity and performance

Farmers should take action to detect Johne's disease in livestock as under-diagnosis of this insidious condition is a problem, an animal health and welfare expert says.

Johne’s disease is a condition of sheep, cattle and goats, caused by the bacterial organism Mycobacterium avium subspecies paratuberculosis (MAP).

As one of the 'iceberg' diseases, it can have a serious impact on productivity and performance, with annual losses estimated to be as high as 5 to 10% in some flocks.

Eilidh Corr, animal health and welfare specialist at Quality Meat Scotland (QMS) says that, unfortunately, signs of the disease are non-specific, meaning under-diagnosis can be a problem.

"Unlike the classic presentation in cattle, sheep with Johne’s disease rarely develop diarrhoea," she explains, "Instead, the primary sign is weight-loss, with bottle-jaw developing in the final stages.

"Although these animals are usually infected in early life, a long incubation period means that typically the disease does not develop until three or four years of age.

"It is invariably fatal, with no effective treatments available."

The infection is shed in dung and is most commonly acquired by young lambs via contamination on udders and in the environment.

Ms Corr says control measures must therefore target hygiene in lambing sheds and cleanliness of ewes in the late stages of pregnancy.

"Sheep seem resistant to contracting infection with MAP later in life," she adds, "As a result, while wildlife such as deer and rabbits can be a source of pasture contamination, this is not a primary source of infection."

Testing is available and can be carried out on both dung and blood, but because animals will not test positive during the early stages of infection, negative results must be treated with caution.

"Regular screening such as that carried out through a health scheme can build a picture of disease prevalence at flock level over time," she says.

What action could I take?

Quality Meat Scotland (QMS) has listed a set of actions for farmers to take if they are concerned about Johne's disease:

• Consider having postmortem investigations carried out on a batch of cull ewes. Select 3-5 which have no obvious explanation for ill thrift. This can be valuable to identify a range of chronic diseases which could be at play, not just Johne’s disease.

• Screening pooled dung samples from thin animals can be useful, or opportunistic testing can be carried out if animals are blood sampled for some other reason. Select animals over two years of age, and remember that a single negative result does not exclude the possibility of infection, while a positive result in a thin animal is considered significant.

• Think about other stock – if you have previously diagnosed Johne’s disease in cattle on your holding, it is likely that the infection will also be in the sheep flock, and vice versa.

• If Johne’s is confirmed on your holding, your vet can support you to implement a control plan in order to reduce the impact of the disease.

• When buying in stock, think about sourcing through a health scheme to reduce the risk of introducing the infection. Although infected animals are the main source of the organism, other risks could include colostrum from cattle, or water sources at pasture.