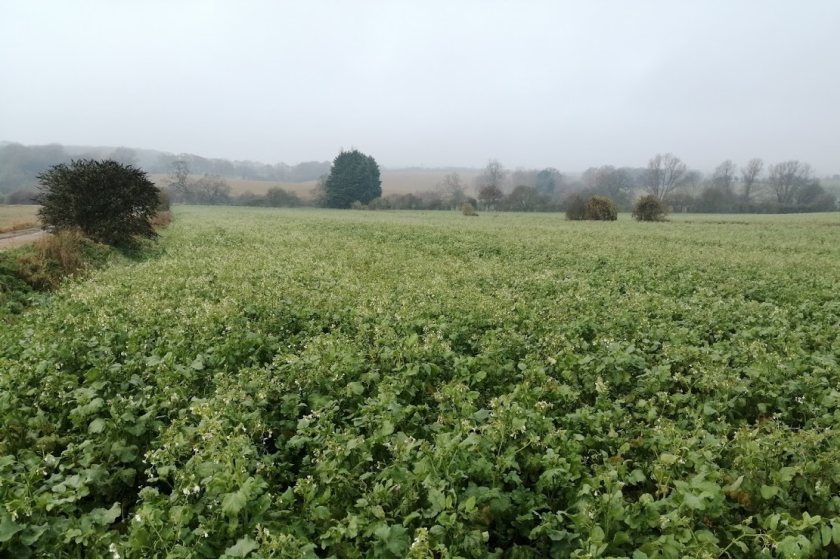 A cover crop scheme which aims to reduce nitrate leaching from agricultural land has been extended into the 2021-22 growing season.

The crops, grown in the autumn and winter months between cash crops, are a measure to capture excess nitrate left in the soil.

Last summer, the initiative captured over 40 tonnes of nitrogen over 800 hectares, which may otherwise have leached into the groundwaters and rivers in the designated areas.

The scheme is now to be repeated again for a third successive year.

“With species such as oil radish, Italian ryegrass, barley and oats being grown in addition to others such as linseed, buckwheat and mustard providing colour, many of the fields across our catchments looked at bit different to normal this year.

“As well as providing aesthetic interest these cover crops can also benefit farmland birds and other species over winter by providing cover and diversity in the landscape.

“We will repeat the scheme for a third year this year which will expand into the upper parts of the Ivel, Hiz and Mimram catchments between Hitchin and Luton,” he said.

The water firms will again be working together to fund the growing of cover crops through the EnTrade environmental trading platform.

The platform allows farmers to say what price they are willing to be paid to grow an area of cover crop, allowing them to determine the price per hectare and the resulting nitrogen saving.

However, as this is an auction successful bids have to be competitively priced, ensuring the water companies pay the best price for the ecosystem service provided.