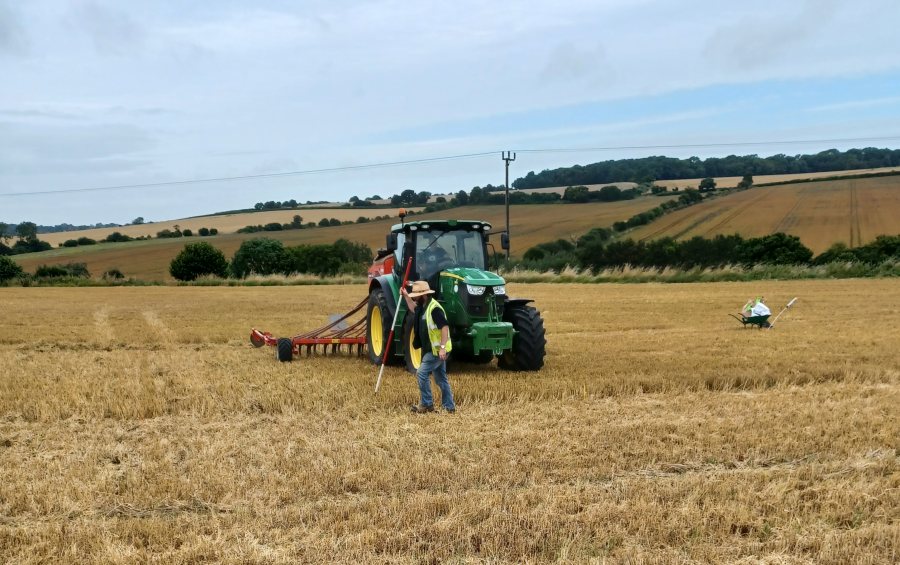 Water companies are funding an innovative study to understand the rotational and environmental impacts of nitrogen captured by autumn and winter cover crops.

The project will focus on the effect that cover crop species choice and different destruction methods have on nitrogen release into the following crop and beyond.

Results will be used to underpin advice for growers on the appropriate management of cover crops, both in terms of maximising the nitrogen available to the next crop and minimising long-term nitrate leaching.

The Nitrogen Release from Cover Crops project, being delivered by ADAS, will compare two cover crop mixes and assess the quantity and timing of nitrogen being released into the soil.

Different destruction methods - such as glyphosate vs. chopping or rolling - will then be used to better understand the potential of growing cover crops without glyphosate.

Experiments will be conducted over two years in Hertfordshire and West Sussex. Affinity Water and Portsmouth Water are funding the study.

“Understanding when nitrogen captured by a cover crop is released and how this impacts subsequent crop nitrogen fertiliser requirements and over-winter nitrate leaching was identified as a key knowledge gap by the AHDB Maxi Cover crop project."

Shaun Dowman, agricultural advisor at Affinity Water, encouraged farmers in the firm's catchments to grow cover crops as the evidence was 'clear' on how they could reduce nitrate leaching in the autumn and winter.

"However, a question I am often asked by farmers is should they adjust their nitrogen rates following a cover crop to make use of the nitrogen that the cover crop has held onto," he added.

"This study will hopefully shed some light on this knowledge gap and help farmers further refine their nitrogen use and build on the benefits that cover crops deliver for soils and water quality.”