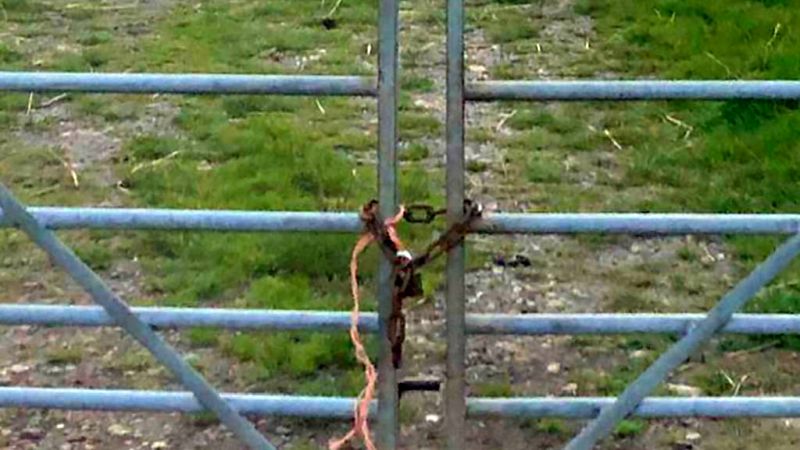 Baler twine is being used to mark farms which are easy to target (Photo: West Mercia Police)

Police have reported instances of people using pieces of twine to mark farms which are believed to be a 'soft touch' for criminals.

Baler twine is being used on gates and entrances to fields to highlight to others that the farm is easy to target.

This is according to Rural and Business Crime Officer for Shropshire, Graham Donaldson.

He issued the warning last week after West Mercia police noticed several instances of the tactic being used.

Mr Donaldson said: “Several instances have been reported to adjacent police forces regarding pieces of twine being tied to gates on entrances to farms, fields etc.

“This activity is believed to be a marker for criminals to identify that the location is seen as a 'soft touch'.

“Should you see any of these markers please remove it and report the matter to your local police.”

Crimes such as machinery and livestock theft have reached a seven-year high in terms of cost, figures last month show.