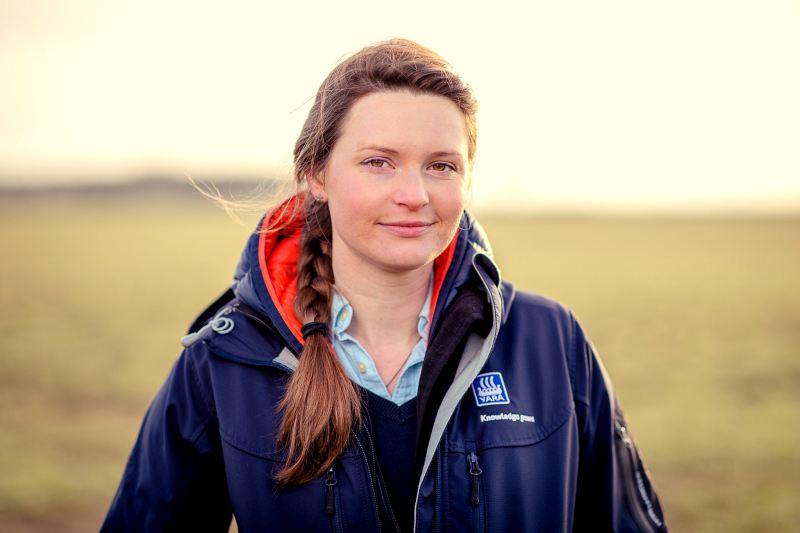 Agronomist Natalie Wood says that 90% of the samples were deficient in boron, the highest she's ever seen

Deficiency levels from samples this year have been surprisingly high in some nutrients.

Natalie Wood, Agronomist at Yara, says that 90% of the samples were deficient in boron, the highest she's ever seen. Last year, this figure was 70%.

Farmers are now being urged to incorporate a strategy that evaluates and meets their crops’ needs in the future.

This could include regularly applying a multiple micronutrient formulation or utilising tissue testing.

Ms Wood says: “If you’re ever not 100% sure what your nutritional status is, performing a tissue test can help identify hidden issues that are limiting yield levels and quality.”

Historically, boron is often overlooked as a nutrient despite its importance for pollen formation in the plant which leads to grain set.

In addition, boron is largely unavailable in the soil, with only 5% accessible by the plant.

Despite this, deficiency levels are also at comparatively high levels for more “standard” nutrients for crop growth.

Zinc has been deficient in approximately 75% of samples so far, exceeding the previous 70% record.

Magnesium has also seen a large jump to around 60% of samples showing deficiency compared to just 40% last year.

Despite industry advice to tissue test in order to address nutrient deficiencies as standard practice, there has been a rise in cover-all fertilisers which deliver a balanced combination of micronutrients.

This effectively delivers the blend needed for healthy plant formation without the need to test, Ms Wood highlights.

She says it is seen as a safe and consistent strategy for general cover, providing a strong foundation at less expense. However, this does still require other considerations:

“As an analogy, a combination fertiliser is like taking a multivitamin – it helps by covering a wide range of deficiencies but might not be enough to rectify a particularly deficient nutrient in the plant,” she adds.

“The strategy depends on the grower. Some will regularly tissue test as part of their strategy, some won’t and will apply a general cover-all. It’s about how precise you want to be.”

A crop deficient in one particular nutrient could require higher levels than contained in a blend, which would ultimately be insufficient, meaning straight products may also be required.

“Knowing your own nutrient levels enables better decisions,” Ms Wood adds. “Ultimately, tissue testing is a worthy investment as it helps establish a baseline and helps deliver more precise farming. The results we’ve seen this Spring have shown that.

“Tissue testing helps home in on specific deficiencies and then something can be done about it. No matter what, there are always circumstances beyond our control that can result in deficiencies.”

She says: “The only way to know is via tissue testing, and to follow up on that with an application that helps maximise your crop health.”