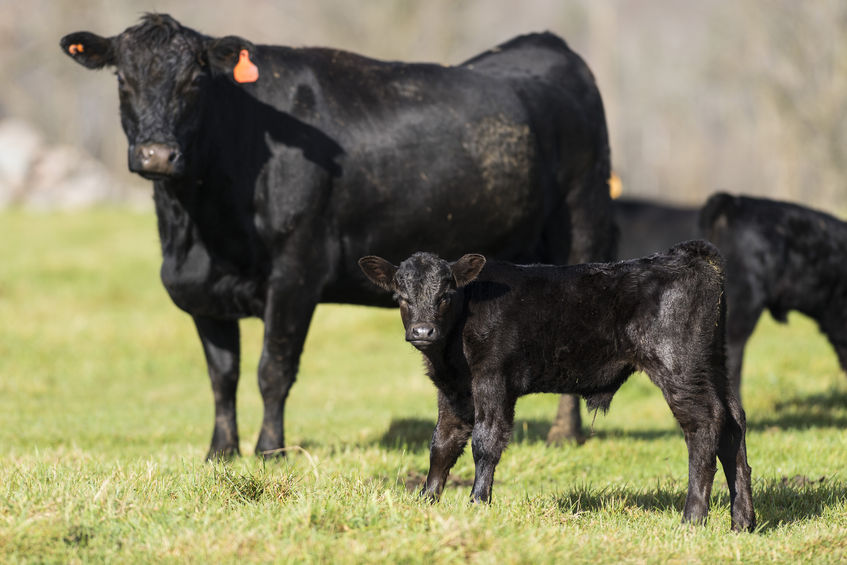 A new study has been carried out to address a knowledge gap on how the parasite Cryptosporidium parvum affects the long-term growth of calves.

It also provided data to help evaluate its impact on the efficiency of British beef production.

Cryptosporidiosis, a disease of primarily young calves caused by the parasite Cryptosporidium parvum, is a significant concern for beef and dairy farmers.

The clinical signs of disease is a watery and profuse diarrhoea mainly in calves under three weeks old, causing dehydration, depression and in some cases death.

The disease is difficult to control as there are currently no vaccines and only two licensed products in the UK to treat infection. These reduce symptoms and shedding of the parasite in faeces, but do not cure the disease.

An infected calf will shed millions of parasite eggs into the environment and transmission of the infection is mainly from calf-to-calf with only a few eggs. The eggs are hardy due to their tough outer shell and can survive in the environment for years.

The Moredun Research Institute and the Roslin Institute research, led by Dr Hannah Shaw, took place during the spring calving of 2017 on a commercial beef suckler farm in Scotland where there was a history of clinical cryptosporidiosis in neonatal calves.

The results show that those calves which are affected with severe cryptosporidiosis in the first 16 days of life have a significantly reduced weight gain over a six month period.

On average, a calf with severe disease weighed 34kg less than a calf which showed no clinical signs of cryptosporidiosis.

The direct losses associated with this reduced weight gain related to sales in that year were calculated to be approximately £130 per affected calf.

However, further costs incurred from increased feed and husbandry to get cattle to market weights, additional labour to look after sick calves and extra veterinary treatment, make cryptosporidiosis a significant economic burden to the cattle industry.

She said they should be applied to improve the health and welfare of cattle, increase production efficiency and reduce contamination of the farm environment with infectious Cryptosporidium oocysts.

"Further research is also required working towards a vaccine to prevent this disease,” Dr Wells said.