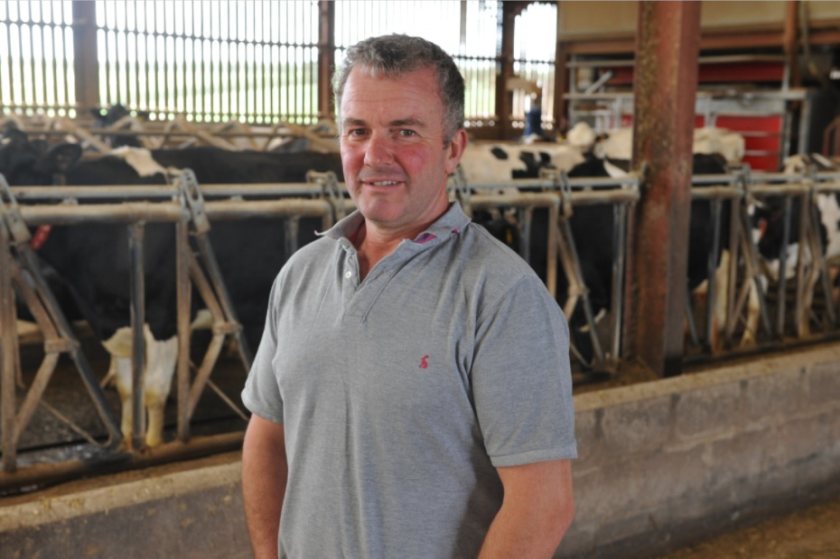 Halving lameness rates from a one-time high of 49% has resulted in a cost saving of more than £25,000 a year for a Welsh dairy farm.

Russell Morgan, who farms near Usk, had been battling digital dermatitis and sole ulcers in its robotically milked herd of 170 high yielding Holsteins.

As a result of Farming Connect project work with vet Sara Pedersen, the lameness levels are down to 24%.

This means the dairy producer is on track to meet the target he needs in order to secure a better milk contract.

The project got underway in January 2020 at a time when 39% of the herd was lame, including 25% of heifers.

That situation was costing the business £50,370 a year in lost milk yield, poor fertility, cull values and treatments, calculated Ms Pedersen, a specialist in cattle health and production.

“Lameness is intrinsically linked to so many different aspects of herd health and production" she explained.

The AHDB Healthy Feet Programme was implemented and an action plan was formulated; this included a ‘blitz’ treatment regime for digital dermatitis followed up by a more effective footbathing regime to keep infection levels low.

Milkers were footbathed four times a week and dry and transition cows three times. There is now little incidence of digital dermatitis.

“If we find digital dermatitis during a trimming session it is very surprising," said Ms Pedersen.

One of the measures taken to tackle sole ulcers was to replace cubicle mattresses, to encourage cows to lie down more.

Sole ulcers develop from standing too much and, because of poor mattress comfort, cows had not been lying down enough.

The new mattresses were installed in the summer of 2020. “It takes cows a while to learn to lie down again," explained Ms Pedersen.

"But now that they are they are so much more comfortable on their feet, cleaner and that means less digital dermatitis too."

To improve ventilation, space boarding was removed around the shed and fans were repositioned.

The foot trimming regime has been improved to ensure that cows are presented for trimming when needed and pre-calving heifers are now also included.

To aid this, Mr Morgan’s partner, Sarah Smith, carries out fortnightly mobility scoring checks, to pick up on problems at the very early stages of lameness, before ulcers develop.

“We want to make sure we catch every cow early enough before a foot issue becomes a problem which is why we set our sensitivity really high," Ms Pedersen said.

"We would rather have ten cows through the crush and treat eight than have eight and miss two."

Her top tip to farmers is to invest in a pair of hoof testers for early detection – these cost around £20.

“Every time you pick up a cow you think might be sore, test her, she will tell you if she is in pain," she added.

Cases of lameness at Graig Olway spiked at 49% in the summer of 2020 as a result of heat stress.

But this was tackled with a data-driven approach to trimming and treatment options, reducing incidence to its current level of 24%; no cases of sole ulcers have been detected in the last five months.

“All credit to Russell and his team for really following through on improving cow comfort and treatment, they are on the other side of some of the big challenges," said Ms Pedersen.

As the project moves forward, the focus will shift to improving ventilation to avoid a rise in lameness this summer and culling out cows with chronic lameness as heifers enter the herd.

“Our target is to get lameness to less than 10% and I absolutely believe we can do that within the timeframe of the project," she added.