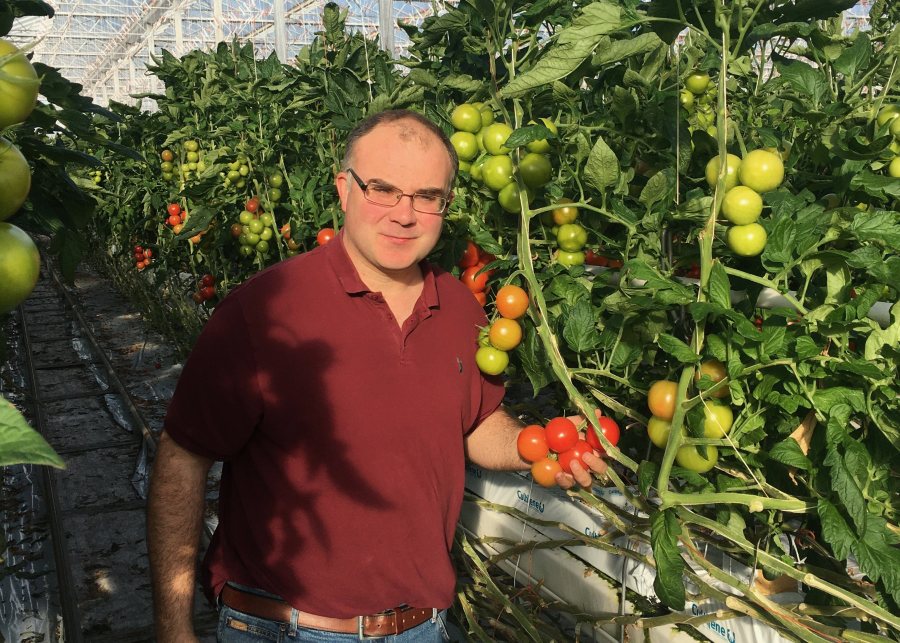 A dairy farmer has built a large glasshouse and biogas plant on his Scottish Borders farm in an attempt to put his family business on a sounder footing.

The Shanks family are fifth generation farmers who have been based at Standhill Farm, Hawick in the heart of the Scottish Borders since 1971.

The family remain one of the few farms still running dairy cattle in the area.

But Jim Shanks says that the industry has been in gradual decline since they moved to the farm in Hawick.

Despite the huge commitment and uncertain margins, the family have continued milking because of their emotional attachment to it.

It was that uncertainty in dairying that pushed Jim to look at ways of adapting to find more stability for their business.

This eventually led him to create the thriving tomato growing setup that is now well established on the farm.

Jim first got into the family farming business when he came back from college in 1999.

But it was ten years later when he did a Nuffield Scholarship that he decided the farm needed to adapt.

He said: “I realised that the sun was shining on the business; we had single farm payment and a Tesco contract for the milk.

"But both of those things had been given, and what is given can also be taken away, so I wanted us to be on a sounder footing going forward.”

At that time there was a lot of discussion around energy in agriculture, and so Jim chose it as a topic to study on his scholarship.

“I went around Sweden, Denmark, Germany, and America meeting so many interesting people who just filled my head with ideas.

"I came back thinking wind turbines and biogas are where the potential is,” he said.

“I tried twice to get applications for wind turbines through, but I did not get a thing. I fought like a dog, but I just could not get planning permission.

"We had much more success with the biogas plant, we struggled to get a grid connection at first, but once we had that we were able to go ahead with the plant.”

Having made the decision to build the biogas plant, it occurred to Jim that it would make sense to use that alongside some form of glasshouse.

He said: “I travelled around knocking on people’s doors, and I studied glasshouses and tomatoes for a number of years. 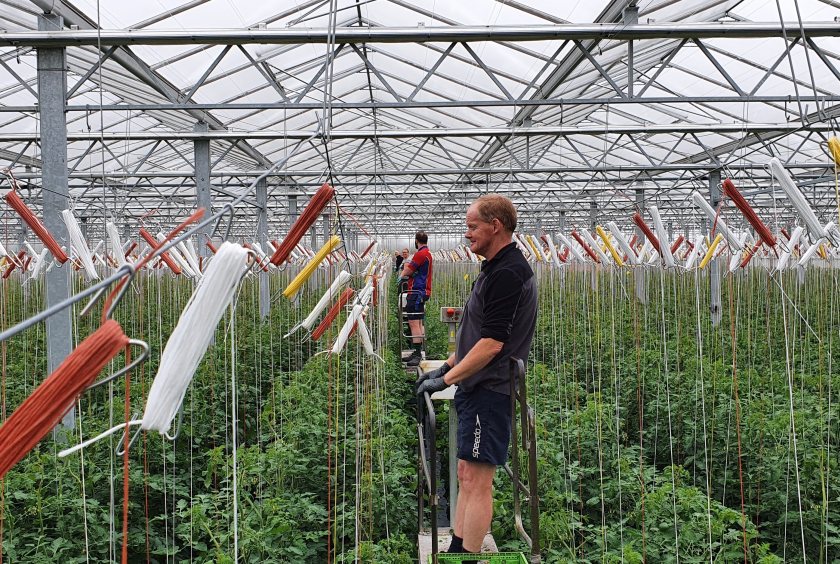 "Because of that I knew exactly what did and did not work in the running of these businesses.

"It was a massive investment for us, we were dealing with numbers that had an extra nought on the end compared to what we were used to, so we had to get it right.”

Whilst the tomato business is now very successful, Jim said that it has been far from an easy ride.

He explained: “If you do something like this you have got to really want it, without having that bug it is not going to work.

"There are difficult decisions to make, and you have to get your sleeves rolled up and work hard.

"I was very determined that we would not fail and be left with a bad reputation with the bank."

The Shanks’ now have a high performing biogas plant and a 4 acre glasshouse: “The glasshouse was built in 2016 and our first growing season was in 2017.

"We are now in our sixth year of growing and are currently selling to Morrisons and Asda," Jim said.

"We sell both classic round and cherry tomatoes and about 80% of them are sold on the vine as Scottish tomatoes with the Scottish flag on the packet.”

Running the tomato operation has been very different to what Jim was used to with the dairy: “In a very short space of time we went from 4 members of staff to about 40 which is a big jump.

"All of our staff are local - there is still a really strong work ethic in the Borders which has helped us," he explained.

"And we have a Dutch consultant who really helps us with the technical knowledge.”

The biogas plant is fed with wholecrop rye and silage that is grown on the farm.

Jim said: “I spent a lot of time looking at German biogas plants and I just copied the model which I saw working there, which was slurry from the dairy being inputted and topped up with homegrown wholecrop.”

“The other important thing for me was that the farmer owns the biogas plant and therefore has complete control of the quality of gas production.”

Jim explained that the dairy side of the farm is still a hugely important part of the business: “The dairying takes up a disproportionate amount of my time.

“A hardened businessman would not carry on doing it, but I have a strong emotional connection to the cows and sometimes it is important to know where your heart is.

"I think that is why a lot of people are still dairy farming.” 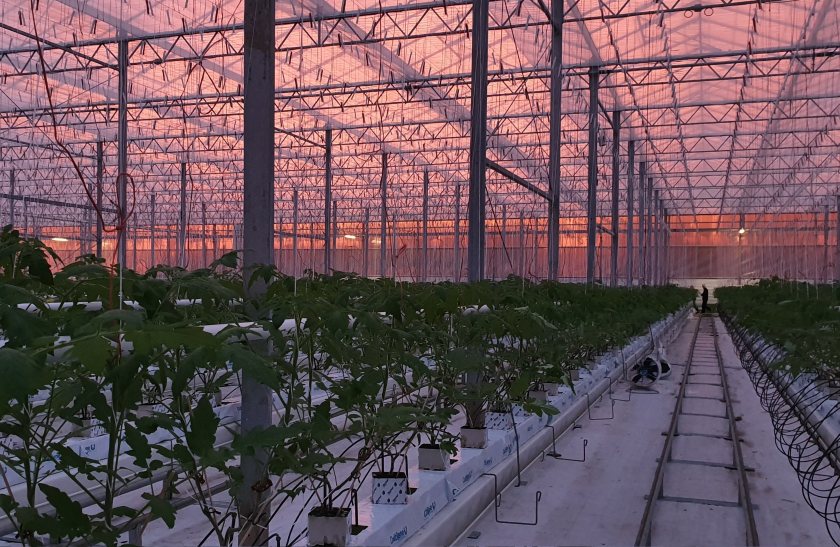 He continued: “That said it takes a huge amount of time and commitment, and the minute it stops making money then it will stop.”

Moving ahead Jim is still looking for ways in which he can improve the business: “We are always looking at new ideas and pushing doors open.

“We do not want to waste anything, perhaps there are ways in which we can market things differently and maximise our income for what we are producing.

"It is important to keep an open mind, you cannot see what is ahead of you if you are looking at the ground.”

Jim now has a young family to look after, and he said that his family have been a huge part of this project.

“Family are the backbone of everything, without those people behind you, you are nothing.

"There are a huge amount of low moments and that is when you really need them,” he said

“As much as we want to build the business further, it is about balance.

"We are now in a comfortable position and it would be nice to go on family holidays and things like that now.

"A young family is something you only get to see grow up once and I do not just want to be left as the richest man in the graveyard.”