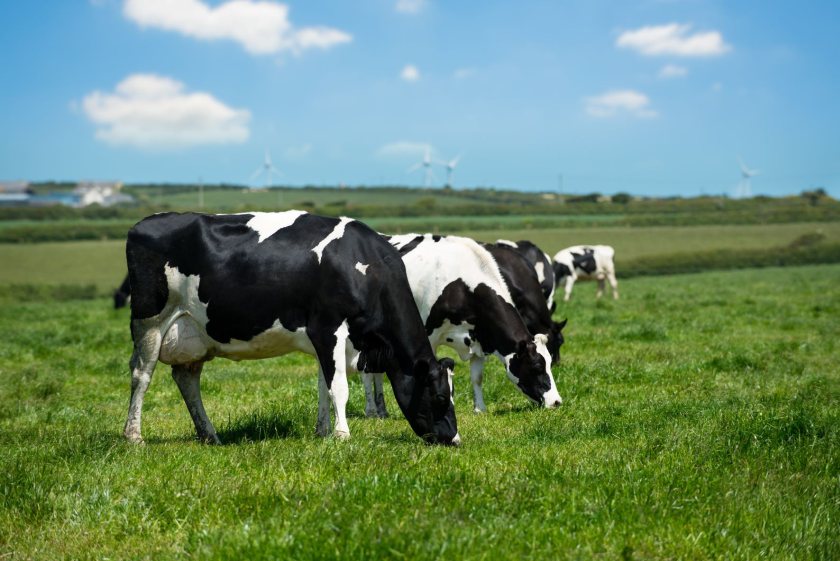 Producers have improved herd health and cases of mastitis, lameness, and other diseases have all declined

Producers have doubled down on efficiencies and succeeded in boosting health, fertility, and margins across the board, according to the latest Kingshay Dairy Costings Focus report.

Looking at the main health incidences recorded in Kingshay Health Manager, producers have improved herd health and cases of mastitis, lameness, and other diseases have all declined.

In the last 5 years, cases of lameness and mastitis have fallen from 43 and 41 cases per cow to 35 and 30 cases per cow, respectively.

Downward trends can be attributed to more mobility scoring and improved foot management, and stringent culling protocols have helped reduce both lameness and mastitis cases.

Health directly impacts fertility, and the data sets demonstrate the correlation between improved health and fertility gains: Metritis is an important cause of infertility, with infertility being the top reason for culling at 25%. Compared with last year, cases of metritis have fallen by 18.8%.

Economically, higher cull values and enhanced efficiencies have seen the cost of infertility drop by 9.6% to £1.87p/litre.

Producers are clearly on a strong trajectory of health and fertility improvements, says Kathryn Rowland, senior farm services manager at Kingshay, but further gains can be made.

The average cost of all health issues was £29,068; a staggering 28% increase on last year’s average. Estimated costs per case have all increased on last year; mastitis and lameness going up by £90 and £109, respectively.

Indeed, there still remains a huge gap between the top quartile of producers and the average – worth some £13,482 in health costs alone.

There are also the hidden costs of poor health; reduced milk yields, dumped milk due to medicine withdrawal and so on. “And it’s important to note that these health costs don’t include the impact on fertility – that is costed separately,” advises Mrs Rowland.

When it comes to production and financial performance, producers have succeeded in boosting margins. However, these gains are quickly being eaten into by soaring overhead and input costs meaning producers’ margins are still under pressure.

“The past year has been one of the most volatile in memory,” says Mrs Rowland. “Covid, a delayed Brexit impact and the devasting invasion of Ukraine have caused record feed, fuel, and fertiliser costs.”

With prices changing rapidly, these figures will soon be out of date - more price increases have been announced for August.

Looking at production, based on actual figures from herds using Kingshay’s dairy costings service across the UK, average milk yields have dipped slightly on last year’s highs, from 8,512 litres per cow to average 8,456 litres.

Milk from forage dropping back to 2,801 litres may be linked to forage quality and cows not performing as expected.

“Surprisingly, milk from grazing was the lowest it has been in the past three years,” says Mrs Rowland.

When comparing production systems, all had an encouraging lift in margin over purchased feed (MOPF) on both a per litre and per cow basis. On average, MOPF increased from 20.16p/litre and £1,716/cow last year to 22.71p/litre and £1,920/cow this year – ending March 2022.

Average MOPF per litre had organic herds coming out on top at 29.94p/litre for the low/moderate yielders – although within the organic systems MOPF variation has widened to £117,252.

Comparing MOPF on a per cow basis, saw all year-round calving with a housing focus take the top spot at £2,127.

The production system figures provide producers with an opportunity to benchmark against similar herds and identify potential areas for improvement.

Organic herds made good use of grazing to help cut reliance on purchased feed, however, feed costs were still up by 7.1% on last year at 10.88ppl.

As for crossbred herds, higher milk prices helped boost margins. There was a slight decline in yield, from 6,856 litres/cow to 6,749 litres, but little change in concentrate use. The major difference was in total feed cost, increasing by 14.8% to 7.68p/litre.

High milk prices and costs offer tremendous opportunities for small improvements to have a big impact. “It is important to know your cost of production and to focus on efficiencies to maximise potential income - marginal gains add up and bolster the bottom line,” says Mrs Rowland.