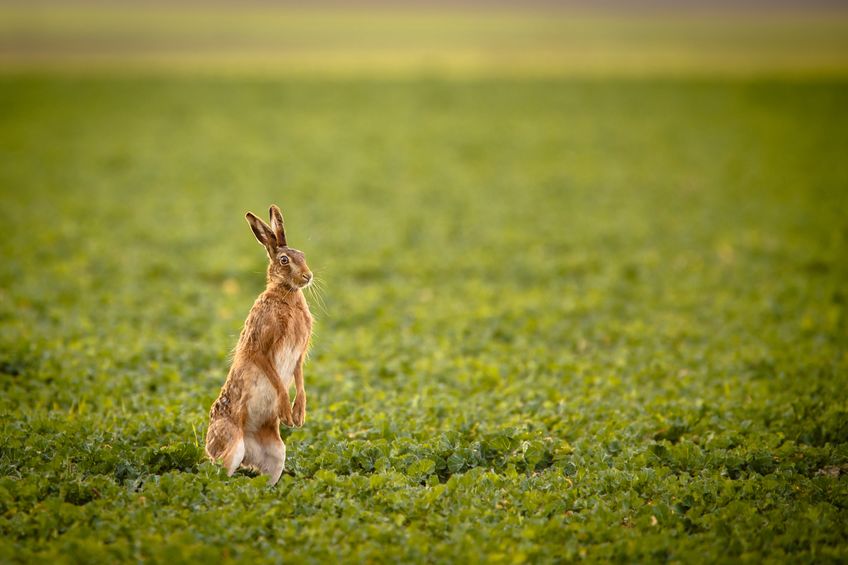 Hare coursing continues to plague rural communities across the country

The government has said it recognises the 'problems and distress' hare coursing causes for farmers and that it is looking at 'further action' to tackle the crime.

Defra this week responded to an online parliament.uk petition calling for tougher punishments for those who commit hare coursing and poaching crimes.

The petition, created by gamekeeper Edward Coles, has so far attracted more than 12,700 signatures as of Saturday (20 March).

Mr Coles said that at present, the punishment for hare coursing and punishment 'is not fit for purpose'.

"Repeat offenders are not deterred with the small fines handed out, increased fines and custodial sentences are required.

"There needs to be a more of a deterrent," he said.

As well as animal welfare issues there are various other offences that occur during coursing, from trespass, crop damage, and dangerous driving.

Theft and criminal damage are also linked, rural groups have frequently warned, and intimidation and threats of violence are commonplace.

The government responded to the petition by saying hare coursing and poaching was 'one of the UK's six wildlife crime priorities'.

It said 'significant sanctions' were available to the courts to hand down to those convicted of hare coursing.

The maximum penalty that could be imposed for any offence was determined in the relevant legislation, Defra added, and sentencing was 'entirely a matter for our independent courts'.

"When deciding on an appropriate sentence, within the maximum penalty, the courts must take into account the circumstances of each case and consider any aggravating and mitigating factors.

"Where a fine is imposed, this is based on the seriousness of the offence and the court will also consider the offender’s financial circumstances and assess what they can reasonably afford to pay.

In September 2020 Defra convened a roundtable meeting with rural organisations, the police and the Home Office to consider the current position on hare coursing.

Hare coursing was also the subject of a Westminster Hall debate on 1 December 2020.

But Defra admitted that the current response to hare coursing crimes needed to be 'stronger'.

"[We] will continue discussions with all those concerned, whilst considering what further action could be taken," the department said.

It comes as farmers are confidentially sharing evidence of the real prevalence of hare coursing amid fears the crime is significantly underreported.

The Yorkshire Agricultural Society (YAS) launched the survey in collaboration with the National Rural Crime Network, NFU and the Country Land and Business Association (CLA).

Farmers can complete the hare coursing survey online ahead of its deadline for responses on 31 March 2021.