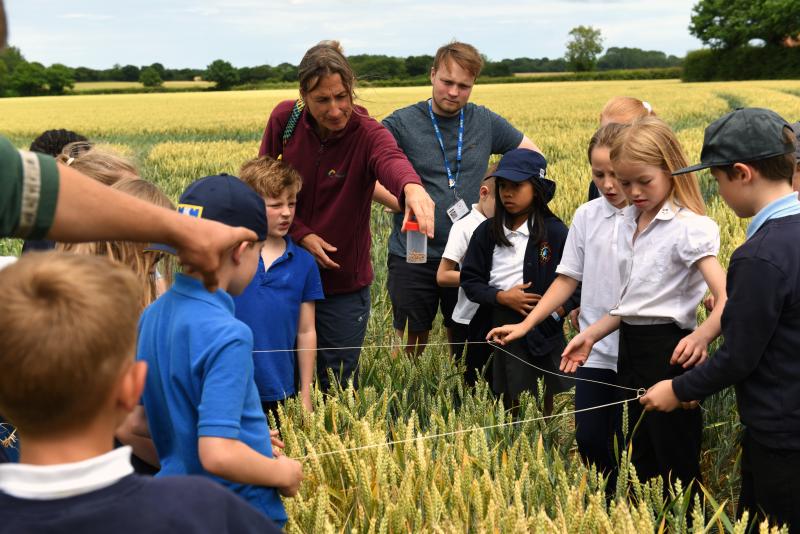 There were industry concerns that funding for educational access was going to be scrapped (Photo: Country Trust)
Sign in to add your own press release SIGN IN Register

Defra has confirmed that funding for educational access is expected to continue as part of the Environmental Land Management scheme (ELMS).

There were concerns from educational bodies and industry groups that funding for on-farm education was going to be scrapped.

It follows mounting speculation that the government is planning on significantly changing or dropping the ELMS, despite Defra dismissing such suggestions.

At the Environment, Food and Rural Affairs Committee (EFRA) on 12 November, Janet Hughes, programme director of the Future Farming and Countryside Programme, confirmed funding was “expected to continue going forward.”

During the EFRA meeting, farming minister Mark Spencer also stressed the importance of educating the next generation.

“As a farmer, making sure the next generation understand how their food is produced is really important," he said.

"One of the criticisms that can be levelled at farmers is that we’ve lost that connectivity with our consumers.”

Educational charity the Country Trust, which oversees on-farm visits for schoolchildren, said the announcement from Defra was "a positive step in the right direction".

Its CEO Jill Attenborough said there were concerns that funding for educational access was going to be pulled "at a time when it’s more important than ever that we connect children with the land that sustains us all".

“What we need now are details on how this support will be implemented, ensuring as many farmers as possible can welcome children onto their farms and open up farming to the next generation.”