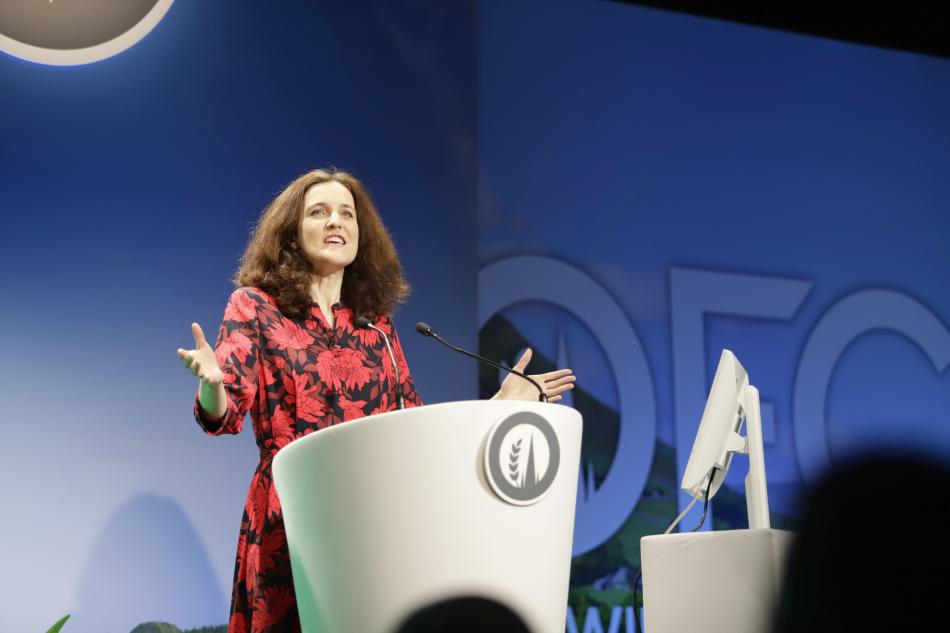 The government has expressed its desire to phase out the use of farrowing crates on pig farms despite opposition from the National Pig Association.

Defra Secretary Theresa Villiers told delegates at the recent Oxford Farming Conference that the government would like to phase out farrowing crates.

She said: “I want work with the agriculture sector to see if we could move towards a point where could start to phase out these methods of production.

“We know that will take some time, but I continue to believe that, with the right support through the Environmental Land Management Scheme and our replacement for the CAP, we can see a steady increase in animal welfare standards.”

She was also asked whether the government would ensure that, if it did ban farrowing crates, it would also ban pork imports produced using the system.

Mrs Villiers acknowledged this was ‘another thing we must ensure we bear in mind when we are concluding trade negotiations’.

“It is very important that we defend our standards of animal welfare at the negotiating table with other countries and that is what our manifesto commits us to do.”

But the National Pig Association said it is opposed to a ban of farrowing crates: “This debate is clearly not going away,” said chief executive, Zoe Davies.

Ms Davies added: “Whilst we are supportive of producers using and wishing to move to alternative systems, the NPA will fight any attempts to ban farrowing crates and force people to move to systems that impact the welfare of both piglets and staff, without financial support from the government or the supply chain.”

The group is now asking producers to complete a survey on the future of farrowing crates.

The survey aims to gauge current thinking on the appetite for alternative farrowing systems, and explore the challenges and costs involved.

A number of farmers have already written to their MPs explaining why farrowing crates remain important to pig production in a campaign co-ordinated by the NPA.