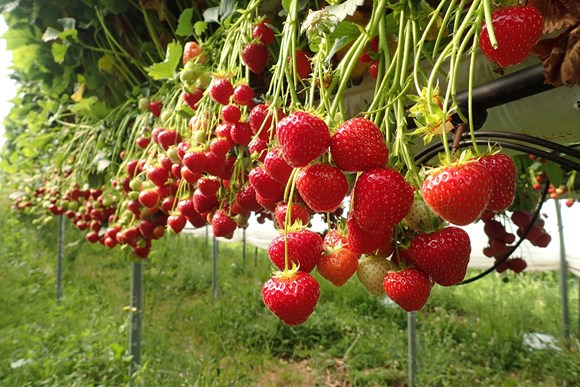 The government has unveiled another 8,000 horticulture and 2,000 poultry visas as part of the Seasonal Workers Pilot
Sign in to add your own press release SIGN IN Register

Defra has unveiled a new route for a further 10,000 farm workers to come to the UK following pressure from the industry and the UK Trade and Business Commission.

The government confirmed that 8,000 fruit and vegetable pickers and 2,000 poultry workers will be given a new visa route for seasonal work.

It follows reports that fruit and vegetables are being left unpicked due to an acute labour shortage, while warnings have been raised of a food waste crisis.

Last month, a delegation from the UK Trade and Business Commission visited Winterwood Farms in Maidstone, who told of an 8% drop in crops harvested in 2021 because of fewer EU seasonal workers.

As a result, the farm claimed that fewer home-grown British produce is ending up on shelves and are being replaced by more expensive, inferior imports.

MPs who are members of the UK Trade and Business Commission, which was launched last year to scrutinise the UK’s post-Brexit trade deals, wrote to Defra Secretary George Eustice to raise concerns around investment in UK food production, food security and food waste during a cost of living crisis.

The letter called for the implementation of a similar scheme for seasonal workers to those which the government announced in October 2021 for HGV drivers and poultry workers. Co-convener of the Commission, MP Hilary Benn, also raised the issue in the Commons.

After welcoming the move, the cross-party group has today called on the government to go further, claiming that a ‘piecemeal’ approach will be insufficient in addressing the UK's workforce challenges.

With labour issues not limited to farming and with the travel and hospitality sectors also coping with shortages, MPs have called for a more comprehensive strategy to address these issues which businesses have experienced since the implementation of the Brexit deal.

Caroline Lucas MP, member of the UK Trade and Business Commission, said it was right that the government had at last recognised the issue.

However, she added that the farming industry was not the only sector suffering from labour shortages.

"Piecemeal interventions will be insufficient in meeting the workforce challenges created by their punitive approach to immigration," Ms Lucas said.

“Instead of reacting when the issue is already bordering on crisis, ministers must be proactive and build on this welcome intervention by introducing a comprehensive, flexible, long-term and cross-sector immigration policy."