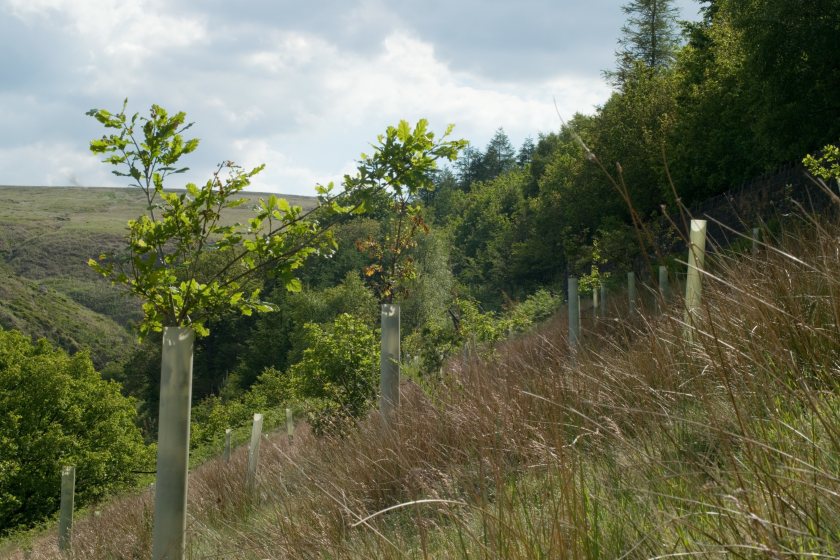 The government's ambition for farmers to plant more woodland is being curtailed, Carter Jonas warns

Delays in the process of applications for the Woodland Creation Planning Grant scheme could hamper the government’s drive to increase tree planting, Carter Jonas says.

Defra's ambition for farmers to plant more woodland is being curtailed by the processes in place to approve funding, the rural agent warns.

The government has an ambitious target to plant 30,000 hectares of trees per year by the end of this parliament.

But because the mechanisms by which grants are claimed are seen as complicated and time consuming, many farmers are giving up and moving onto other projects.

Marc Liebrecht, associate partner at Carter Jonas, said: “Though the planting of more trees is a high-level strategic promise, in reality, it is proving much harder than anticipated to actually get trees in the ground.”

Unveiled in May 2021, the England Trees Action Plan set out its aim to increase tree-planting rates three-fold in England by the end of the current parliament.

To facilitate this growth, the England Woodland Creation Offer was launched; a grant scheme open to applications from small areas of land from one hectare upwards.

The £500 million scheme was lauded as a ‘once in a generation plan’ to incentivise the creation of new native woodland.

Before applying for a grant, the farmer or landowner needs to ascertain if the land in question is suitable for woodland creation.

Mr Liebrecht said: “Landowners don’t tend to want to plant on prime agricultural land – they want to use less productive land, but as this is often more biodiverse it can mean there are more constraints against what it is used for.

“Once that is done, the landowner needs to apply to the Forestry Commission for approval for a grant – and no work can be carried out until that is secured.”

He added that most proposed schemes would secure approval eventually, especially if the landowner had employed the services of an agent to put the application together.

“The Forestry Commission has resources available and a genuine desire to achieve its ambition and plant more trees," Mr Liebrecht said.

"The organisation is working hard to recruit more staff and streamline the application process – it’s understandable that a new scheme takes time to get off the ground."

But he warned that there was currently a bottleneck which would take a while to clear, but that shouldn’t put applicants off.

"Applicants should manage their expectations accordingly – my advice is to plan ahead, act fast when you can, and be realistic about your timeframe.”