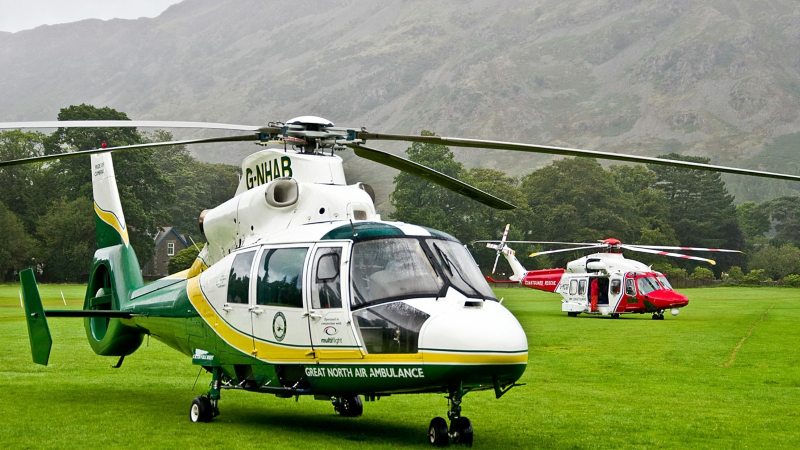 Emergency services, including the Great North Air Ambulance Service, were called to the scene of the incident (Photo: GNAAS)

A school deputy headteacher has tragically died after he was injured by cows while out walking on farmland in North Yorkshire.

David Clark, deputy head of Richmond School, was injured by cows in a field near Richmond at 7.30pm on Monday (21 September).

Emergency services, including the Great North Air Ambulance Service, were called to the scene of the incident.

Mr Clark, aged in his 50s, was treated by paramedics, but sadly he was pronounced dead at the scene.

A spokesman for North Yorkshire Police said: "Officers from the local Neighbourhood Policing Team will be working to support those affected by his death today.

"The Health and Safety Executive has been informed, and enquiries are ongoing to establish the circumstances."

The tragedy comes after an elderly man died from his injuries following an incident involving cattle in North Yorkshire in June.

The NFU, on its website, explains that livestock attacks on the public are 'very rare' given the thousands of walkers who enjoy the countryside every year.