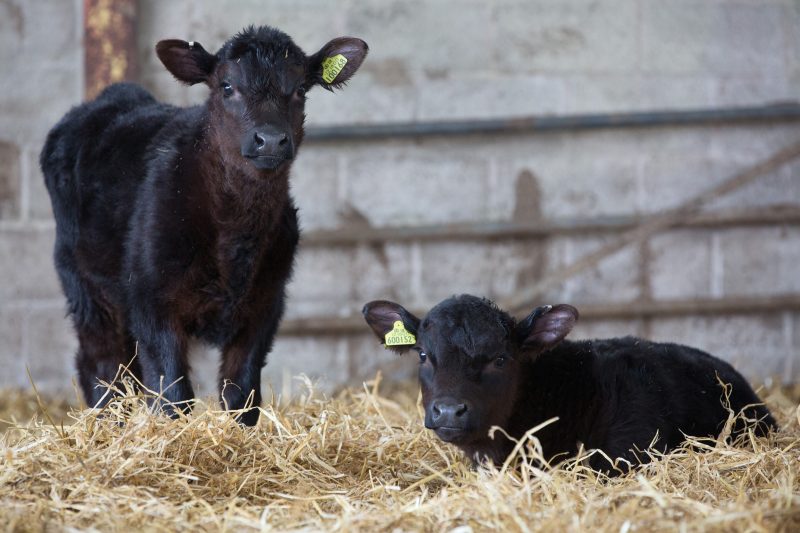 Calves pick up coccidiosis oocysts readily from their environment

Farmers are being reminded that detecting coccidiosis in beef calves before it causes scour can avoid damage to the gut and prevent ongoing impacts to performance, including reduced weaning weights.

These sit in the gut and multiply rapidly, eventually damaging and rupturing the gut wall, before being released back out via faeces.

“Grey pasty scour with blood is a clear sign of severe coccidiosis infection," she says, adding it is important for farmers to identify and treat coccidiosis in calves before it gets to that stage.

“If calves are scouring, there has already been significant damage to the gut wall, which can take a long time to recover from, makes them susceptible to further problems and can be fatal in the worst cases.

Farmers are recommended that regularly weighing calves is the ideal approach to pinpoint under-performance as early as possible, to be able to investigate the cause and treat as needed before clinical symptoms are seen, such as scouring.

Ms Postlethwaite adds that an alternative less labour-intensive approach is to take regular dung samples from around 10% of the calves in a group and send to the vet for analysis.

"By including speciation in the analysis, in addition to an oocyst count, it is possible to detect whether disease causing parasitic infections are impacting calf growth and performance.”

She says if pathogenic coccidiosis oocysts are detected, it is essential to treat the whole group, as even those not yet showing signs were likely to have picked up oocysts from the environment.

“A toltrazuril drench such as Baycox® provides the longest lasting treatment, as it kills the oocysts at all stages, rather than just stopping their development, making it the best way to reduce the oocyst count and disease pressure on the herd over time,” she explains.

Although coccidiosis can survive in the environment for over a year, calves are most vulnerable to infection when they are between four and 12 weeks old, she says, after which animals develop an immunity to future infection.

Understanding the environmental challenge and high risk periods are paramount, she says.

“Autumn calving marks the beginning of a high-risk time, especially for herds with a protracted calving period, as younger calves can pick up coccidiosis oocysts that have been shed by older calves.

“Careful management to manage the numbers of oocysts in the environment can also reduce risk,” she adds.