Devolution is opportunity to fix food and energy crisis in Wales, FUW says 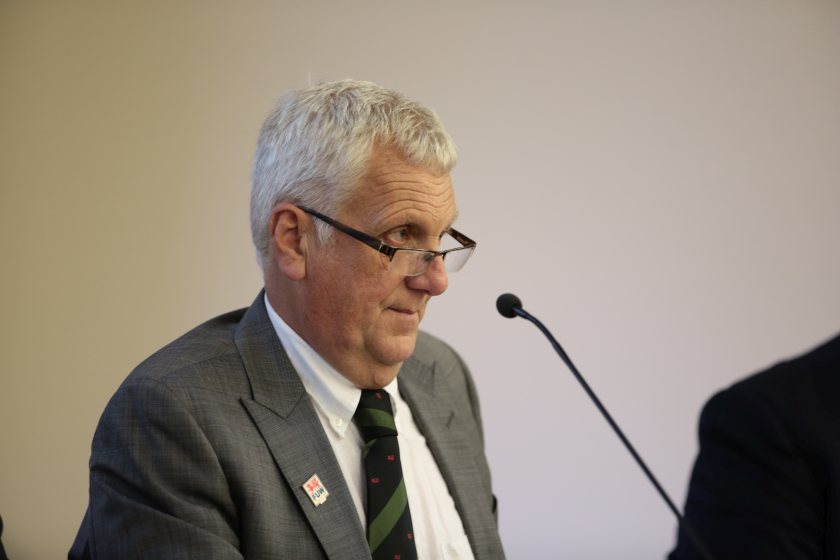 Devolution gives the Welsh farming industry the opportunity to create specific solutions to the food and energy crisis, the Farmers' Union of Wales (FUW) has said.

The union's president Glyn Roberts made the comments when he addressed Members of the Senedd on Tuesday (24 January).

His speech highlighted that the Agriculture Bill currently being considered by the Senedd - a Bill representing the biggest changes for Welsh agriculture since the UK joined the EU - had the potential to solve many of the issues facing Wales.

“Almost by definition, farmers are food producers, and it is worth remembering at this," Mr Roberts told Members of the Senedd.

“Our supply chains continue to suffer the after-effects of the darkest days of the pandemic, on top of which we are now facing the impacts of Russia’s war on Ukraine - a war in which Putin has weaponised not only energy, but also food."

Mr Roberts reminded Members of the Senedd that as politicians they were expected to consider and act on global, national and local challenges for their constituents.

Global events, he stressed, which impact farming, and therefore everyone who eats, had led to increases in farm input costs of over 30% in the UK, while consumer food prices had risen alarmingly - but by a fraction of that rate.

In addition, he said climate change was creating difficult growing conditions for farmers, with 2022 being the warmest year on record for the UK.

This, Mr Roberts said, was against a background whereby the UK’s reliance on other countries for food had almost doubled since the mid 1980s, with 40% of UK food now imported compared with around 22% in the mid 1980s.

This includes indigenous foods that can be produced in the UK, with the reliance increasing five fold, from 5% to 25% during the same period.

Mr Roberts warned that this may worsen as the UK government struck trade deals with major food exporting nations such as Australia and New Zealand.

“But devolution gives us the opportunity to create local and Wales specific solutions to these problems, in the form of the Agriculture Bill currently being considered by the Senedd," he said.

"And at the heart of those solutions are the family farms that are the backbone of our food production, our rural economies and culture, and our valued environments and landscapes.

Members of the Senedd heard that such an important piece of legislation must explicitly seek to ensure the economic viability of farming families and the rural economy in Wales - "not just in narrative, or by accident, but by design".

“This would ensure that the Bill is truly holistic - that is, balancing the internationally recognised pillars of environmental, social and economic sustainability," he said.

"And we all know what happens when one of the legs is removed from a three legged stool."

“I need not remind you of the energy security crisis that Putin's actions have revealed so starkly," he said.

"We have only tapped into a fraction of the potential for our family farms to further contribute to tackling this while reducing their own carbon footprints and continuing to feed our nations’ populations."

Mr Roberts concluded: “Whatever path Westminster decides to follow, let us ensure that our devolved administrations here in Wales take a holistic approach to our responsibilities to local, national and global populations."