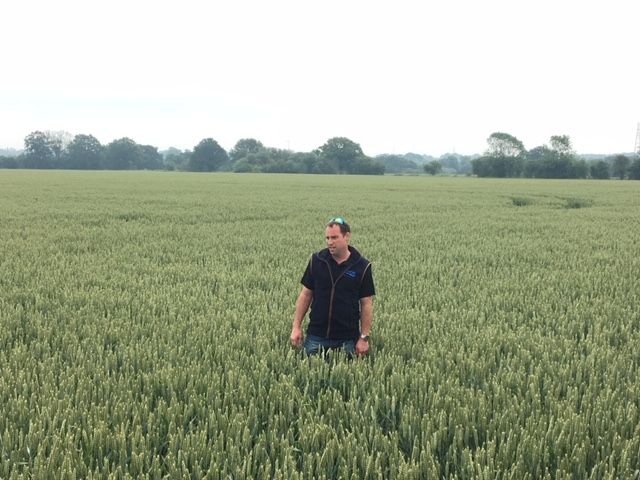 According to Richard Ling, farming has become 'too isolated' and he wants people to use the farm for meetings and networking

A farmer who is committed to developing a sustainable arable business that can stand on its own two feet has launched the new Diss Monitor Farm.

The family-owned farm business, run by Richard Ling, is based on the border of Norfolk and Suffolk.

Alongside arable cropping, it features a beef finishing enterprise of British Blues, on a contract to one of the UK’s biggest supermarkets.

Speaking to other local farmers and growers, Richard encouraged them to challenge his farm practices as he shares them.

He explained that their scrutiny was why he joined the Monitor Farm programme, spearheaded by levy-board AHDB.

“Farming has become too isolated. I want people to use the Diss Monitor Farm meetings to speak to each other, share ideas and get networking.

“It’s only by talking to each other and challenging accepted practices can we hope to move forward as an industry,” he said.

The Diss Monitor Farm is now part of a three-year programme supporting farmers to share best practice and enable improvements in business performance.

One of the challenges the farm experiences is variation in soil types, meaning that yield is inconsistent.

To develop understanding, the group inspected soil pits in both arable and pasture fields across the Monitor Farm.

Attendees also viewed a crop of winter wheat and attempted to predict the highest and lowest yielding parts of the field. The results will be revealed at the first winter meeting in November.

Visiting the equipment store Richard said: “Identifying where costs can be reduced is pivotal. Machinery is currently taking up a large slice of the farm’s operating costs – I believe future savings can be made here.”

Richard operates a policy of KISS (Keep It Simple Stupid), whereby the cows arrive on the farm at 12 weeks old.

They stay for approximately 12 months in a system designed to work in with the rotation, utilising forage from the grass meadows on the farm.