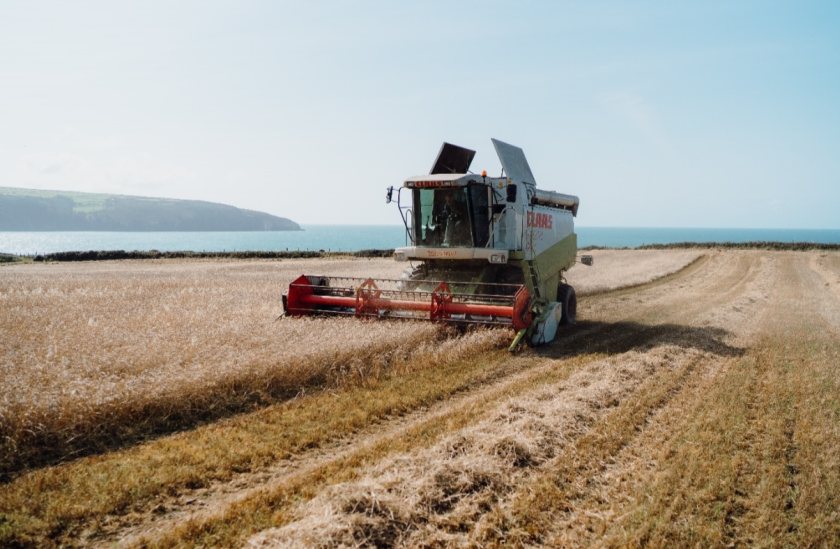 A distillery in west Wales is collaborating with local farmers to prove the concept of a Welsh malting barley used for whisky production.

In the Welsh Wind, located near Cardigan, has now started production of the first fully grain-to-glass Welsh whisky for over 100 years.

Traditionally, Welsh barley has found its way into cattle feed, with the east of the UK being the heartland for barley used for whisky production.

Welsh barley is still used for malting, but it is shipped over to England and comes back to Wales mixed with barley from other areas.

But In the Welsh Wind says it wants to champion Welsh-grown barley as a malting barley, fully processed in west Wales.

The distillery says this approach will bring opportunities for arable farmers and improve the price farmers can expect for their produce.

In its drive to produce a 100% Welsh grain to glass whisky, In the Welsh Wind have pioneered the use of Welsh barley in malting.

In 2020, the team worked with local farmers in South Ceredigion and North Pembrokeshire to grow 4 different varieties of barley for assessment and consideration for malting.

The distillery has also set up its own malting floor so that the barley can be malted in Wales rather than transported to England.

The results of all the team’s experimentation have shown that Welsh barley grown in west Wales could be suitable for producing whisky.

Distiller director Alex Jungmayr said that proving the concept of a Welsh malting barley had been vital to their goal of a 100% Welsh origin whisky.

"Barley has been farmed in our local area for many years – and is celebrated every April in Cardigan on Barley Saturday – but the crop is usually sent for animal feed.

"It has been exciting to work with the farming community as we move forward, providing them with higher returns for their crop.

"Whatever the factors shifting barley production and malting east, we see every reason to bring it back west, introducing new and interesting ways of getting the best out of our grain.”

Sion Phillips, who has grown the first batch of barley which is now being malted and distilled, said the prospect of a new market was a welcome one for local farmers.

He said: “We usually produce barley for animal feed but it’s a very tight market. Farms have to diversify and it’s good to work on something different.”