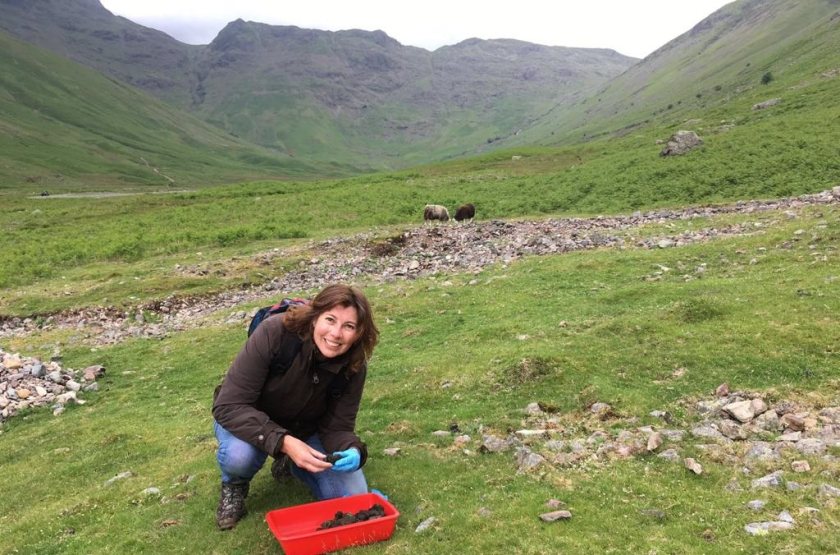 Dung beetles are a vitally important species for farmers, providing crucial services within the agricultural system.

However, as intensification and changes to rural landscapes take hold, the beetles are struggling.

Their primary function is as one of ‘nature’s recyclers’, they break down livestock dung by either consuming it themselves or burying it in the soil where it is at the disposal of plant roots.

But the beetles are hugely beneficial in a number of other ways. Dung pats provide a breeding ground for parasites, in breaking the dung down quickly they can disrupt the lifecycle of parasites.

For example, lungworm use a fungus in the dung to move from the pat to the grass where they can be ingested, but dung beetles dry up the pats, hampering the growth of that fungus.

The beetles are also aerators of the soil, which promotes more growth, and they encourage a wealth of other pastureland biodiversity by providing a food source in themselves.

A passion for beetles

Sally-Ann Spence farms sheep and cattle in Wiltshire with her husband, but she also has an academic background in ecology, having fallen in love with nature during her childhood in Suffolk.

“I was studying grassland ecology and beneficial insects, so I naturally came across dung beetles and I became fascinated by them,” Sally-Ann told us.

“A few years ago I took part in surveying the UK dung beetle population in comparison with historical museum data from across the country, and we found that 50% of species were extinct or extremely rare”.

Sally-Ann continued to survey the beetles and she found a small, almost non-viable, population of a locally threatened species of dung beetle on a farm very close to hers.

“I decided I needed a clearer picture of what the situation was in my area,” Sally-Ann explained.

“I had a budget of zero, but a friend of mine was carrying out test flights on a helicopter so I was able to go along with him and plot any calcareous grasslands that would be able to sustain this species of beetle.

"What I ended up discovering was that this beetle, which a hundred years ago was recorded all over the downs, was now almost entirely isolated to this one population.”

Sally-Ann is now running a project on her farm to revive this dung beetle population, and to discover what needs to be put in place to create the perfect system for dung beetles to thrive in.

“We started off by bringing in native breeds, which are ideal for dung beetles. We bought Dexter cows because at the time my son was seven and they were an ideal small breed for him to show.

“We also brought in Wiltshire Horn sheep because they are fleeceless, meaning we do not need to do a blanket treatment for fly strike, which makes a big difference for dung beetles.

"We have a field next door that acts as a control on the project, and over time we have started to see a real difference between the two pastures.”

However, an important element for Sally-Ann is finding a way of improving the dung beetle population that does not hit producers bottom line. 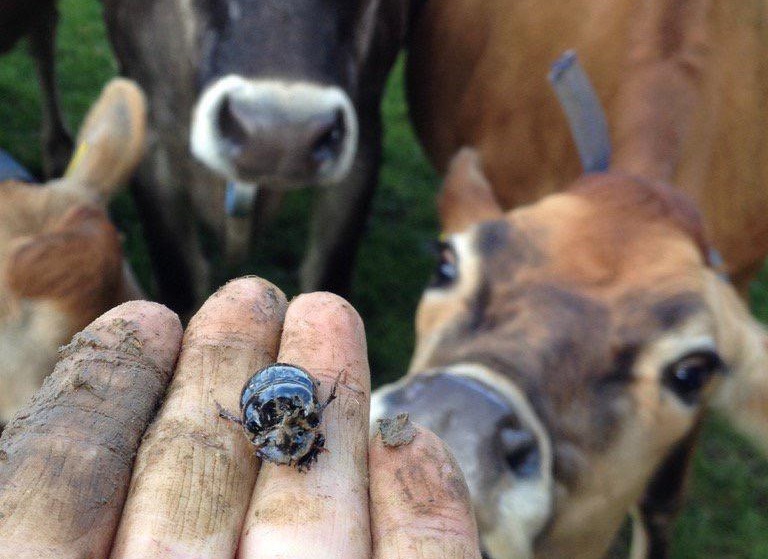 She said: “I am practical, I realise that farmers want biodiversity on their farms but that they also have a business.

"I am trialling things here that will hopefully spread into the wider farming community and policy, but I need to know that they will work within a conventional farming system.”

That is why Sally-Ann has now turned to more commercial breeds: “We crossed the sheep with Lleyn’s and now have Belted Galloway cattle which finish at a quicker rate but are also hardy enough to outwinter here.

"We are still very much selling a premium product and a lot of our market is in meat boxes or local pubs and restaurants. This is a commercial herd with proper returns."

According to Sally-Ann, the situation that arose in Australia during the first half of the twentieth century shows how important a function the tiny beetles provide.

“Native Australian dung beetles had evolved alongside marsupials, so when the sheep and cattle industries took off on a massive scale, the beetles were unable to break down the new types of dung, causing huge problems with disease and flies.

“This led the government to undertake a major project in which they introduced beetles from across the world that could break down the sheep and cow dung, bringing an end to the problem.

"This whole episode shows what a key role dung beetles play in our farming system,” she explained.

What can farmers do?

Sally-Ann recently became involved in a group founded by Cotswold grazier James Allen, called Dung Beetles for Farmers, that aims to spread awareness of the beetle’s importance amongst the farming community.

“I run talks on my farm where I try to get this knowledge out there. James came on one of these and it must have struck a chord. 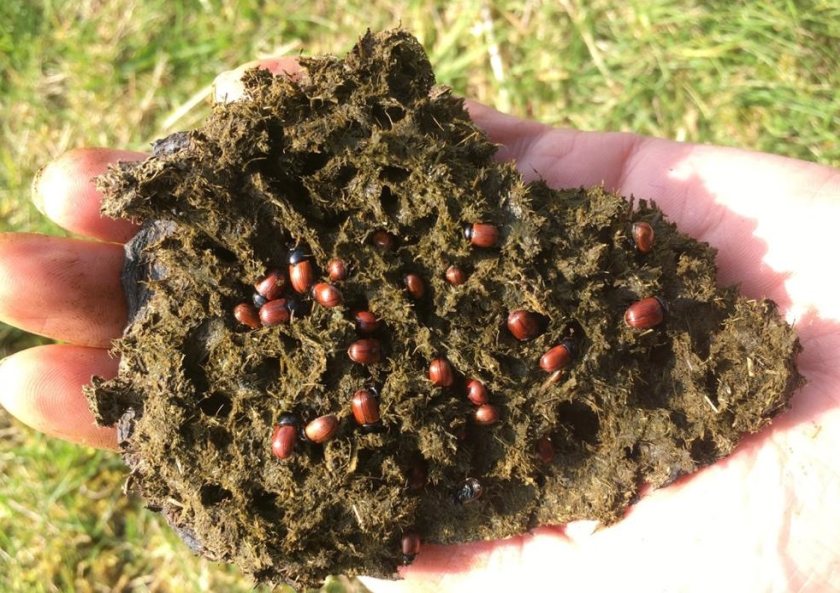 "He went away and set up this group of various farmers, vets, and scientists to help promote the importance of dung beetles,” Sally-Ann said.

“One of the big problems I have found is that there is a huge amount of academic research out there on dung beetles, but never reaches the farmers.”

Sally-Ann said that there are lots of small things farmers can do which will make a big difference.

“The best thing a farmer can do is come up with a management plan to reduce insecticidal treatments.

"This is something that all producers can start doing right away and would make a huge difference.

"When you are dosing, weigh your animals, because if you dose selectively then at least there will always be some dung that is not toxic to the beetles,” she noted.