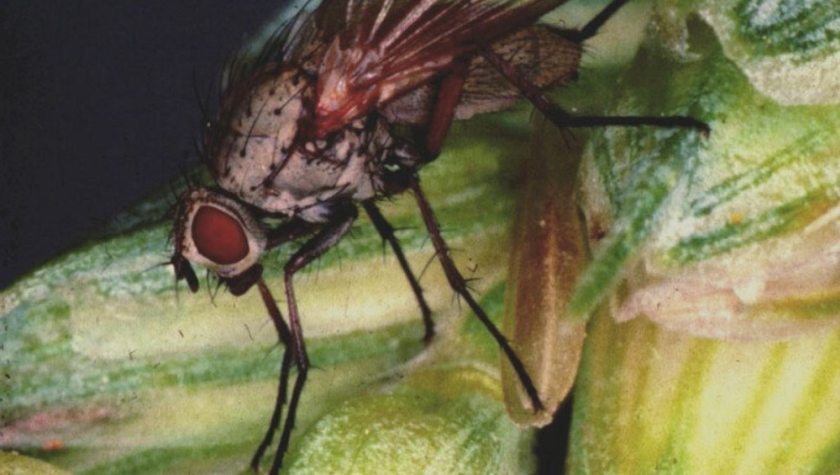 Although not abundant every year, wheat bulb fly is one of the most serious pests of wheat, especially in the east of the UK (Photo: ADAS)

Early wheat bulb fly egg number counts have revealed a divide in the cereal pest's risk this year, according to a survey.

The survey uses soil samples from 30 fields, split equally across sites located in the East and North of England that are prone to attack, to calculate the number of pest eggs per square metre.

Each year, results from the East of England are available first, and are published by AHDB and ADAS to provide an early indication of the pest-pressure trend.

Conversely, the other two sites are ‘high risk’ and ‘very high risk’. Located in Cambridgeshire (404 eggs/m2) and Norfolk (850 eggs/m2), respectively, both had sugar beet as the previous crop.

The results indicate the potential risk of economic damage to wheat and show whether the use of treated seed could potentially reduce the risk of unacceptable crop losses.

Charlotte Rowley, who manages pest research at AHDB said: “Our survey frequently detects large variations in wheat bulb fly egg numbers, both across and between regions.

“The AHDB website provides comprehensive information on the factors that influence risk. At this time of the year, if egg counts are high, the least risky option is to avoid winter wheat.”