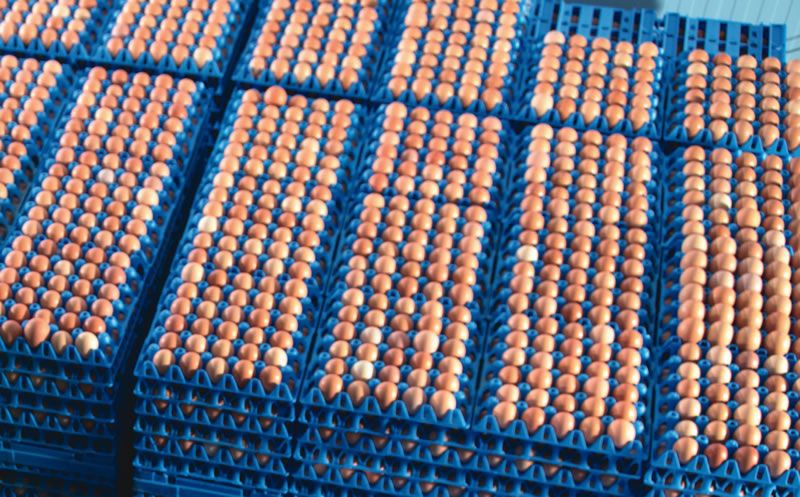 Egg industry leaders and the wider farming community have condemned the government's plans to remove tariffs after Brexit.

Just last month, Andrew Joret, chairman of the British Egg Industry Council (BEIC), warned of an impending disaster for the industry if the government went ahead with plans for zero tariffs on imported eggs.

But the government has ignored pleas from the industry and confirmed that egg imports will be zero rated post-Brexit.

The government has announced that, under its temporary tariff regime, 88 per cent of total imports to the UK by value will be eligible for tariff free access.

Grains, eggs, fruit and vegetables and a number of dairy products will all be tariff free.

Trade Policy Minister Conor Burns said the temporary tariff regime would “support the UK economy as a whole, helping businesses to trade and opening up opportunities for business to import the best goods from around the world at the best prices for British consumers.”

“Removing the current import tariffs on eggs presents an enormous risk to British free range egg farmers who lead the world in animal welfare and food safety standards,” he said.

“Removing this essential safeguard effectively opens the floodgates for eggs produced to standards that are illegal in this country to come pouring in if a no-deal Brexit materialises.

“With lower standards comes a cheaper product, which threatens to displace British eggs.

“My members are angry at being told in one breath to continue to make strides in improving animal welfare standards and in the next told that cheap eggs produced to lower standards are going to be allowed in through the front door.”

Williams, who said that a significant percentage of the cost of producing a dozen or a kilo of eggs in the European Union came from EU legislation on food safety, animal welfare and environmental protection, has warned that pursuing a free trade policy with such countries would result in British farmers being significantly undercut.

A recent report from Wageningen University in the Netherlands, produced by egg industry expert Peter van Horne, highlighted the importance of tariffs.

The report concluded that, without import levies, the European Union's egg sector would be under serious threat.

In the EU, producers have to comply with regulations concerning environment, animal welfare and food safety.

Peter van Horne said in his report that the production costs of shell eggs produced in enriched cages in the European Union in 2017 were, on average, 88 eurocents per kilogramme of eggs.

The costs in the Netherlands, France and Italy were about the EU average, he said.

United States representatives have suggested on a number of occasions that the UK would need to relax restrictions if it wanted to secure a post-Brexit free trade agreement with the US.

And Washington has put that demand in writing in a document outlining its negotiating objectives for a transatlantic deal.

Following the tariff announcement, Minette Batters said the government had 'severely undermined' the British farming industry by confirming it would remove tariff safeguards for a number of key agricultural sectors.

“Farmers are going to feel betrayed by this government’s failure to act now in making sure that all that can be done is being done to help mitigate the damaging effects of a no-deal Brexit,” she said.

“I don’t recall anyone selling a vision of post-Brexit Britain as one involving lower standard food filling shop shelves while British farmers, the guardians of our cherished countryside, go out of business.”