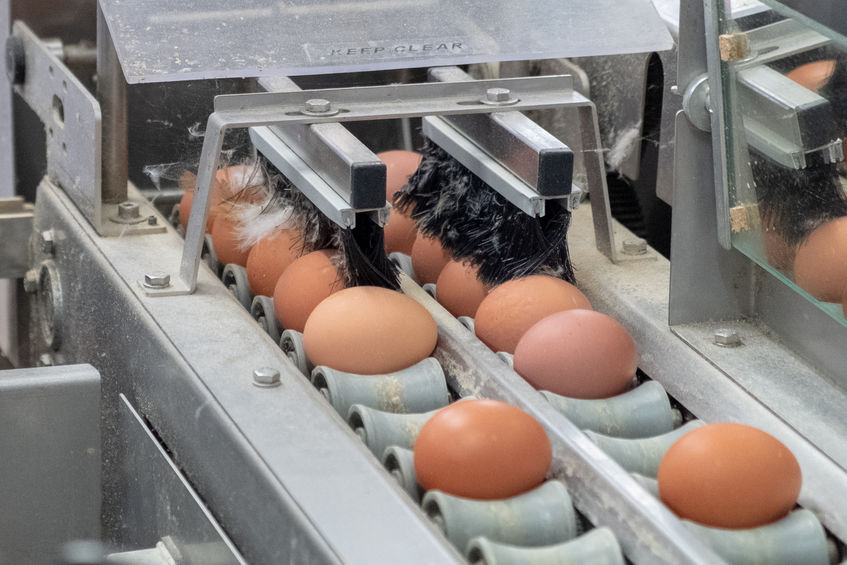 The egg industry has urged the government to pledge more action on defending British producers' standards following the launch of its Action Plan for Animal Welfare.

Defra has published what it says is the first plan of its kind which, it adds, will 'revolutionise the treatment of animals in the UK and introduce measures to protect the welfare of animals abroad.'

Regulation will be strengthened, such as recognising animals as sentient in law along with a new range of welfare measures for pets and livestock.

Measures to improve farmed animal welfare include ending live exports for fattening and slaughter, and new rules to improve welfare during transport.

The plan received a cautious welcome from the British Egg Industry Council (BEIC), but it wants to see standards under which farmers were required to operate applied also to foreign egg producers under trade agreements.

Mark Williams, BEIC chief executive, said during the recent online Pig & Poultry Forums: “We keep telling government that if you want to further raise our standards in this country on bird welfare that does add cost and you must not leave our back door open to lower standard eggs and egg products.

"I’m pleased to say that government does have that message and within the new Action Plan for Animal Welfare that has been reflected.

"Government has said it will not undermine the UK’s high welfare standards, so that’s good news. We now expect to see the proof in the pudding, so to speak, in various bilateral trade agreements.”

Mr Williams has previously warned that in the past only EU tariffs have protected British egg products from lower priced and lower welfare equivalents from countries like the US and India.

British producers have to comply with regulations on the environment, animal welfare and food safety, which raise production costs by an estimated 16 percent.

Mr Williams told those watching the online forums: "We already have some of the highest standards anywhere in the world, and we continue and will continue to in the future push government to appreciate and acknowledge that our standards are already high.”

During this year’s NFU Conference, Mr Eustice referred to the egg industry specifically when questioned about a consultation on animal welfare during transport.

The Farm Animal Welfare Committee has proposed a number of restrictions on transport in planned changes to the current regulations.

Defra Secretary George Eustice was asked by Wyn Evans, the NFU’s livestock board chairman in Wales: “Will you be putting to bed some of the ridiculous recommendations in the animal transport consultation?”

Mr Eustice said that the government had some concerns about the transportation of layers at the end of their productive lives.

He said: “In terms of journey times and the requirement for ventilation, the issue that we were most concerned about - and I do think it’s something where action is needed - is in some of the poultry sectors, particularly laying hens where you get de-population at the end of their useful life.

"There were some quite worrying signs and statistics, you were getting high mortality on arrival at the abattoir. I don’t think any of use can feel comfortable about that.

"I think there are in some poultry examples, there is undoubtedly, I think, a case for doing something in this area, particularly around ventilation and temperatures. That was the main tension of that part of the consultation."

During the Pig & Poultry Forums, Mark Williams also took up the issue: “Poultry transport is something that’s really come to the fore in the last winter when Defra and the Scottish government launched a consultation, and that sort of proposed new standards for day old chicks and also for poultry.

“Really worrying for our sector and for other animal sectors was the temperature proposal. That was any journey where the ambient temperature was less than five degrees of more than 25 degrees couldn’t take place.

"BEIC and other organisations have responded very robustly to that so we do hope government sees sense.”

Mr Williams also touched on the issue of stopping the use of beak trimming, something that government has been pressing for a number of years.

“We have done a lot of work and continue to do a lot of work to help industry on that track towards stopping beak trimming some time in the future.

"Government would like unto do it tomorrow if we could, and certainly in a shorter period than I feel we are able to," he said.

"We are different to other northern European states - we have 26 million free range hens, for example. We are predominantly brown hybrids as well.”

He said the government should acknowledge the progress that was being made and accept that one day the industry would stop beak trimming, but only when bird welfare could be protected.