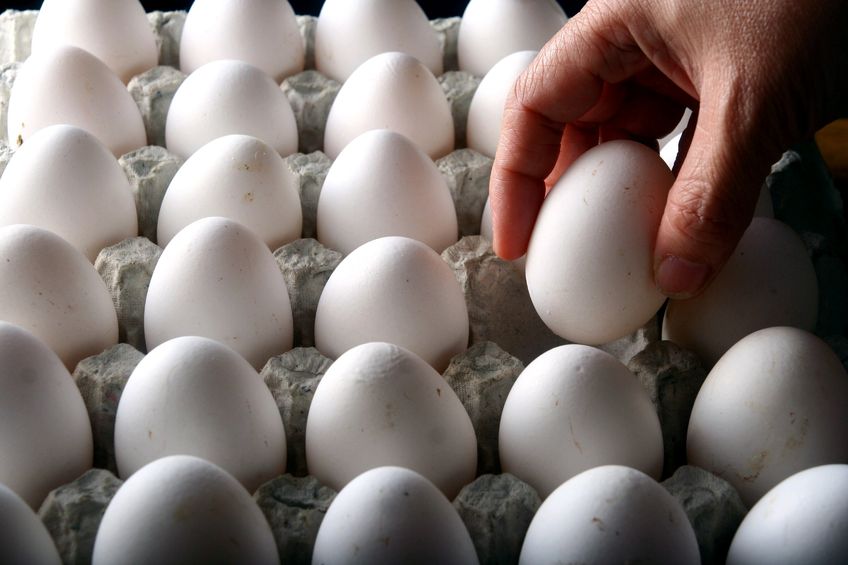 Eggs contaminated with salmonella have been recalled by the authorities in a number of German states.

According to information on a German Government-run site, a batch of organic eggs has been found to have been infected with salmonella enteritidis.

The recall affects 11 German states and comes after thousands of Dutch eggs were recalled in Germany because of renewed fipronil contamination.

Some 73,000 Dutch eggs were withdrawn from sale in Germany after more fipronil contamination was found in eggs from the Netherlands - a year after the original scandal.

Fipronil has been found on two Dutch farms in the latest scare and the authorities expect that it will be confirmed on a third.

According to the German Government site, the salmonella contamination has affected the states of Baden-Wurttemburg, Bavaria, Berlin, Brandenburg, Bremen, Hamburg, Hesse, Mecklenburg-Vorpommern, Lower Saxony, North Rhine-Westphalia, Saxony and Schleswig-Holstein. The infections were reportedly discovered during a routine testing procedure.

Last year Germany was caught up in the original fipronil scandal, when the banned chemical was found to have been used in a red mite treatment for hens. Germany was one of eight EU countries where fipronil was found in chicken or eggs.

In 2011, Germany was at the centre of another chemical scandal involving the egg industry. Leading British supermarkets were forced to remove cakes and quiches from their shelves after contaminated eggs found their way into the cakes and quiches of two British food manufacturers.

The eggs, which arrived in the United Kingdom as liquid egg, originated on farms in Germany where poultry and pigs were given feed containing dioxins.

Nearly 5,000 German farms were temporarily closed down when the alarm was raised, but that was too late to prevent the contamination spreading to other countries in the European Union, including the United Kingdom.

Despite the authorities moving to address the problem, dioxin was discovered yet again a year later. During routine tests on a farm in the German state of North Rhine Westphalia, inspectors found dioxin present in eggs at three to six times permitted levels.

The farm was sealed off and the sale of eggs was prohibited, but German authorities subsequently confirmed that high dioxin levels had been found in eggs on two other farms.

Salmonella contamination has been a recurring problem in egg imports to the UK. At the end of 2016, more than 160 cases of salmonella in the UK since 2014 were linked to an egg packing centre in Poland.

Egg industry leaders in the UK have in the past repeatedly urged consumers to buy British eggs following a number of salmonella outbreaks linked to imports – most notably egg imports from Spain.

In the UK, salmonella has been virtually eradicated from the commercial layer flock in recent years.

Commercial egg producers in the UK are subject to the National Control Programme (NCP) for salmonella in laying hens, which has been in place since 2008.

All commercially produced eggs in the United Kingdom are subject to strict salmonella controls. All UK farms with more than 350 laying hens are required by law to have their flocks tested for salmonella.

The National Control Programme is run in accordance with European Union legislation, which was implemented in an attempt to reduce the incidence of salmonella in EU states.

Figures compiled for the EU have consistently shown that the United Kingdom is way ahead of other leading egg-producing states in the battle to control salmonella.