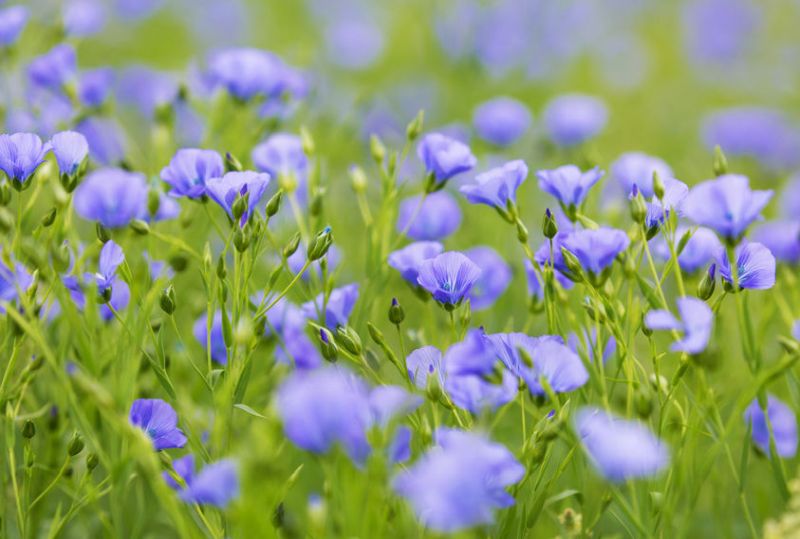 An emergency authorisation for linseed desiccant has been secured to better protect the quality and yield of linseed crops.

Spotlight Plus (carfentrazone-ethyl) received the authorisation following the withdrawal of diquat, which would have left seed producers with no chemical option for desiccation.

Although the original application also requested use on main crop linseed, the availability of a chemical alternative - glyphosate - failed to see use in this situation granted.

Bolette Palle Neve, who manages emergency use authorisation applications at AHDB said: “In linseed, the seed tends to ripen before the stems fully dry out, which can make the crop a challenge to cut.

"The UK weather is also not consistent enough for crops to be swathed and left to dry naturally, so chemical desiccation is an essential option.”

Although available for the main crop, the use of glyphosate in the seed crop is not permitted because it can affect germination and plant survival.

Hannah Foxall, an agronomist for Premium Crops, which worked with AHDB to secure the desiccant, said the authorisation for seed crops was 'particularly critical'.

"The longer linseed remains in the field, the more vulnerable it becomes to several diseases. Crucially, diseased crops may fail to achieve the strict standards set for certified seed crops.”

In the absence of an effective desiccant, the seed production area would need to rise to offset failure rates, which could be as high as 50%, due to seedborne diseases.

Such additional investment in seed production could add as much as 10–20% to the price of certified linseed, according to estimates.

Independent trials found that Spotlight Plus resulted in as good kill of linseed as diquat (Reglone). However, the newly authorised product is more expensive.

Due to the new process for considering Article 53 emergency authorisations in the UK, the devolved administrations must consider any application separately to the UK Minister.

Scotland, Wales and Northern Ireland will vote independently on whether to permit the emergency use.

The authorisation by the Chemicals Regulation Division (CRD) follows discussion by the UK Expert Committee on Pesticides (ECP) on 14 July 2020.

The authorisation ends on 23 September 2020. Most linseed is combined shortly after wheat in late August/early September.