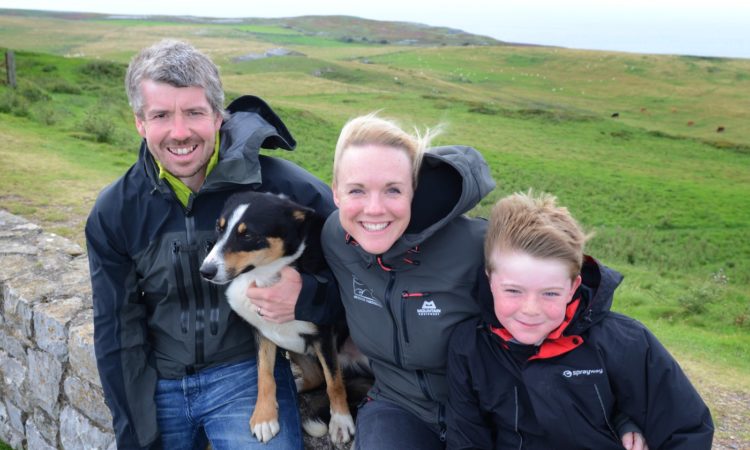 Daniel Jones (L) has had to borrow £50,000 from his family to pay for his legal fees (Photo: National Trust)

A farming union has called for an enquiry into Conwy Council’s 'witch hunt' against the farmer who beat thousands of other hopefuls to take over a farm for just £1 a year.

The council's prosecution against Daniel Jones, a fourth-generation farmer from Anglesey, dramatically collapsed earlier in June.

He made international headlines in 2016 when he was named new shepherd for the 124-acre Parc Farm in Great Orme, North Wales.

Mr Jones had originally faced twenty charges brought on by the council, including failure to dispose of three dead sheep carcases and failure to keep a register of animal movements.

But the Farmers’ Union of Wales (FUW) has now demanded Conwy Borough County Council to conduct a full investigation into its decision to 'aggressively pursue' a case against Mr Jones after the case against him collapsed.

However, to pay for his legal defence Mr Jones, who is married with a young son, has had to borrow £50,000 from his family.

He's also had to sell 300 sheep and farm machinery. And despite the case having collapsed, there is little prospect of any costs awarded by the court coming close to covering the Jones’ expenses.

In a letter to Conwy Council's Chief Executive, Iwan Davies, the FUW accuses the council of having adopted an “...aggressive approach which seemed to stand in stark contrast to those adopted by most Local Authorities”.

It adds: “As matters progressed, it became clear to those who have dealt with other such cases across Wales that the council had taken a decision to aggressively pursue Mr Jones in what has rightly been compared to a ‘witch hunt’.”

The letter goes on to highlight that the financial and mental impact for the family has been 'tremendous' and will have 'long-lasting effects' on Mr Jones, his wife, son and their wider family.

It says the approach adopted by the council has also brought it into 'significant disrepute' locally, and across the UK, with the case being reported in national newspapers.

The letter concludes that: “Given such an array of damaging impacts, both on a personal level for the Jones family and a reputational level for the council, we believe a full investigation into the decision to pursue this case and the methods adopted by council officials is warranted, and that this should be instigated as soon as possible.”