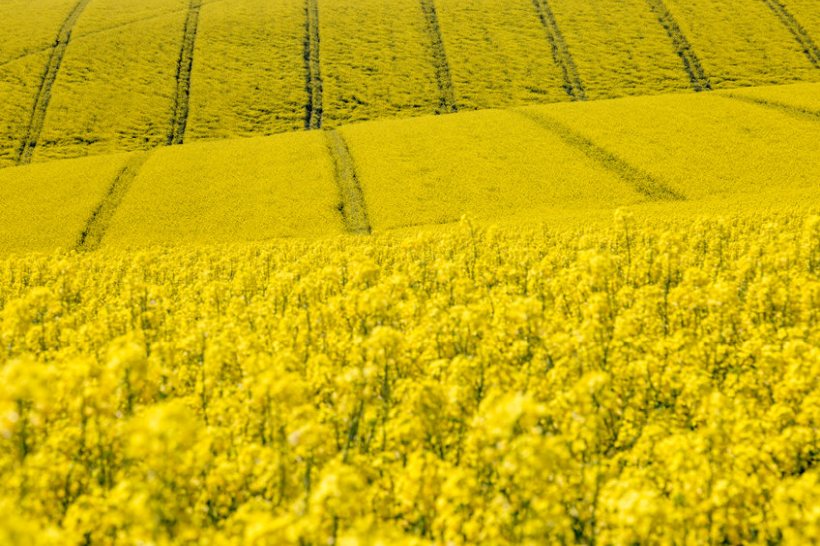 EU policies first encouraged and then undermined the UK's oilseed rape crop, according to new analysis

EU policies led to the collapse of the oilseed rape crop in the UK and Europe, according to a new report released today.

But subsequent pesticide laws have ultimately led to very large yield losses across the continent in recent years.

This collapse of oilseed rape farming in the UK and Europe had led to a reliance on imported oils – including palm oil.

The findings of the report will be presented later on Wednesday at a meeting of the British Crop Protection Council by lead author, Dr Patricia Ortega-Ramos from Rothamsted Research.

Speaking ahead of the meeting, she said the series of EU policy decisions essentially ‘created a serious crop pest’.

“This is a great example of how a better understanding of pests and joined up decision making are going to be vital if we are to reform farming," she added.

“The EU’S 2009 Sustainable Use of Pesticides Directive was not well implemented, and as a result of that and subsequent decisions, the cabbage stem flea beetle has now become a serious pest.

“It is imperative that smarter pest management become written into new EU and UK policies.”

Published in the journal GCB-Bioenergy, the report reviews why, in the 2000s, the EU introduced policies and market-based incentives to encourage the production of biofuels in order to meet their obligations to reduce emissions.

After the EU implemented these pro-biofuel policies, the area of oilseed rape harvested increased by 78% between 2003 - 2010, achieving a record harvested area of 6.4 million hectares in 2010.

Oilseed rape is the second largest source of vegetable oil globally, and the most important biofuel feedstock in the European Union.

However, Rothamsted researchers say in the report that this huge increase in the area of oilseed rape grown across Europe reduced both the variety of other crops grown and the amount of natural habitat on farms.

These led to population booms of the cabbage stem flea beetle and another pest, the pollen beetle, which both feed on the plant.

To fight back, farmers increased their use of pesticides, especially neonicotinoids. But in attempt to curtail excessive pesticide use, the EU’s response was the 2009 Sustainable Use of Pesticides Directive.

However, the report says that uneven and often poor implementation by member states ultimately led the EU to ban outright the use of neonicotinoids four years later over concerns it was harming bee populations.

The ban led to increased use of another type of pesticide, pyrethroid, which inevitably led to pesticide resistance arising in the beetles.

With no way to control them, the report explains that widespread crop failures and significant yield losses for farmers have become commonplace. Since 2018 the area of OSR grown in Europe has collapsed to 2006 levels.

It’s been reported that in the UK in 2014, three quarters of the national area of crop was affected by adult feeding damage causing about 5% crop loss nationally.

Of this loss, 62 percent occurred in eastern regions, causing an estimated loss of £13 million in this area alone, according to the report.

Dr Patricia Ortega-Ramos said: “In 2020, the equivalent of four out of ten UK fields of oilseed rape did not make it to harvest due to beetle damage, with 14% being resown due to severe pest damage.

"Yields fell to their lowest level in over a decade and oilseed imports were necessary - ironically from countries outside the EU that still permit use of neonicotinoid pesticides.”

She added: "Loss of control of pests has made oilseed rape cultivation in certain countries such as UK, Germany and France very risky, and has been attributed as the major cause of the decline of the crop being grown."

He said that a broad range of management options were required for farmers to be able to combat pest in a sustainable and efficient way.

“Integrated Pest Management offers a set of tools that can help suppress pest damage and discern when - and what - control methods are required, reducing unnecessary insecticide inputs and minimising environmental damage.”