Ewe lambs achieve best outcome by supporting one lamb only 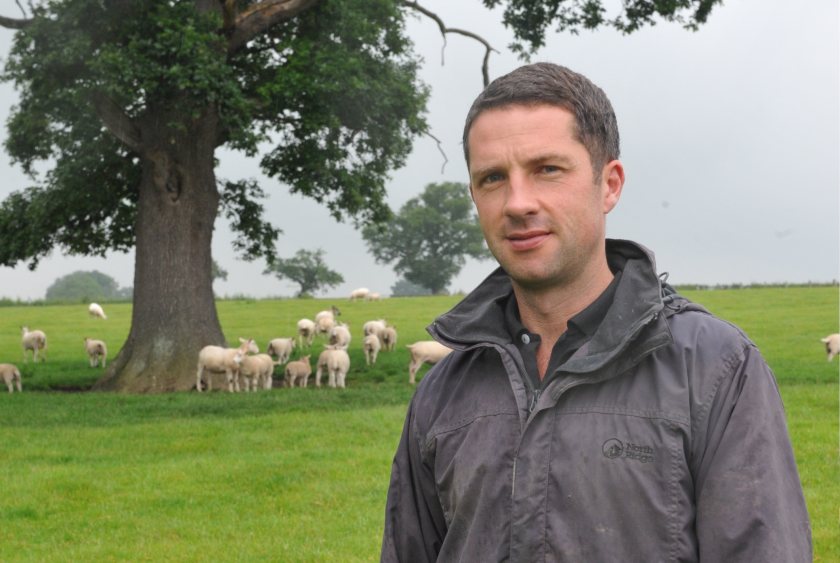 Ewe lambs can successfully produce offspring at 12 months old with good management and nutrition, a study at a Welsh farm has found.

During a webinar, to update his project work as a demonstration site for Farming Connect, he shared the lessons he had learned from his experiences of lambing ewe lambs.

Although he does his best to avoid multiple births, he ensures that any that do produce twins only rear a single lamb.

“In the past we have tried rearing twins but with no success at all. We now always take that second lamb off," said Mr Lewis.

“When we left two on previously it would pull the ewe down, not immediately but at around four weeks because they don’t have the body power to rear two. You can lose a good sheep that way."

In an attempt to make it work, ewe lambs were offered a high level of corn but this resulted in mastitis issues due to high milk production at weaning.

“We have learned that ewe lambs will rear one lamb really well and they are also easy to foster onto," said Mr Lewis.

“They are very accepting of an orphaned lamb if they have lost their own."

He pens as soon as possible after birth, to support bonding, as ewe lambs have a tendency to ‘drop and go’, he explained.

Of the 355 ewe lambs tupped this year, 86% were in lamb - a figure independent sheep expert Kate Phillips described as exceptional.

Mrs Phillips, a speaker at the webinar who has been working with the Lewis’ on the ewe lamb project, said 80% or less is more common due to the lower fertility of ewe lambs compared to mature ewes.

Breeding ewe lambs allows farmers to produce a crop of lambs from otherwise unproductive sheep which, in turn, reduces the flock’s carbon footprint.

But there are some important considerations to bear in mind to get the best from this policy.

Hill-type ewe lambs might not be suitable because they are born later and are not of sufficient size to mate, she added.

If selecting from home-bred ewe lambs, Mrs Phillips recommends breeding from those that were born easily and reared as a twin.

“Don’t just select the strong singles because you will get bigger and bigger sheep which have greater maintenance requirements."

Although the Lewis’ are breeding successfully with Abermax tups, Mrs Phillips said smaller easier lambing breeds such as the Southdown or Charmoise are advisable.

“This would certainly be the case for the first time you try lambing ewe lambs," she said.

She advises using teaser rams for 15-30 days to synchronise mating. Mating separately from the main flock because ewe lambs are less competitive for a ram’s service; using experienced rams rather than ram lambs is also advisable.

Ewe lambs need to grow at between 200-250g/day from weaning to six weeks post-mating and then at 130-150g/day until six weeks pre-lambing.

A ram to ewe lamb ratio of 1:25 is recommended for synchronised oestrus or 1:35 for unsynchronised.

Although pregnant ewe lambs are still growing, Mrs Phillips said it was important to not overfeed in the last six weeks before lambing.

Wean lambs early, at 9-12 weeks, and preferably creep feed those lambs, she said.

However Mr Lewis, who weans at 12 weeks, admitted creep feeding can be a challenge.

“The ewe lambs themselves are so small that they can get their heads inside the feeders and help themselves to the creep," he said.