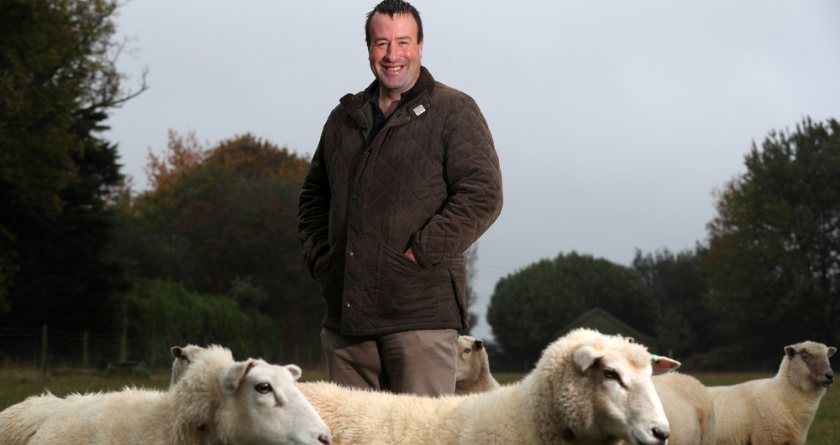 The Hertfordshire farmer will help the Liberal Democrats with writing up food and farming policy (Photo: NFU)

Stuart Roberts, former NFU deputy president, has announced he has joined the Liberal Democrats to help push the party's food and farming policy.

Mr Roberts, who was previously a Conservative Councillor, unveiled the news as he met with party's leader Ed Davey at an agriculture college in Hampshire.

The Hertfordshire farmer has held numerous senior positions in the NFU and the food and farming industry over the years.

He will now help the Liberal Democrats' newly formed Food and Farming Working Group in developing policies for farmers and consumers.

Commenting on the decision, Mr Roberts said it was "time politicians spoke up for rural communities who urgently need help and support".

He added that the Conservative government had "badly let down" farmers and rural communities.

"The Liberal Democrats have proved they want to listen and engage with farmers who have been taken for granted by the Conservative party.

A different and exciting journey started today and before I say anything else can I say a massive thank you to @EdwardJDavey & @DannyVet for such a positive morning visiting a fantastic farming business in Hampshire. 1/8 pic.twitter.com/PjgZlWJdLx

"What I have heard from Ed Davey and rural Lib Dem MPs such as Tim Farron is a party determined to campaign for policies which support the farming industry."

Liberal Democrat Leader Ed Davey welcomed the news, adding that the government should "start listening to farmers like him".

"The Tories simply don’t understand farmers – they have taken them for granted for too long," Mr Davey said.

Huge welcome @HertsFarmer to the Lib Dems! Stuart Roberts is a stalwart of the farming community and I am enormously proud he has joined us. He is a champion for British farming and animal welfare. The Govt should start listening to farmers like him. pic.twitter.com/wjWZAHabCF

"The government’s trade deals aren’t worth the paper they are written on and a betrayal of rural communities."

According to a recent poll by the Country Land and Business Association (CLA), support for the Conservatives in UK rural areas is falling.

The organisation polled 1,000 people across five of the UK’s most rural counties: Cornwall, Cumbria, North Yorkshire, Norfolk and Gwynedd.

Results show that most respondents voted Conservative (46%) in the 2019 general election, while 29% voted Labour, and 13% Liberal Democrats.

Barely two and a half years on and over a third of the same voters now intend to vote Labour (36%) at the upcoming election. While only 38% intend to vote Conservative, a 7.5-point swing.

Mark Tufnell, president of the CLA, said the poll's results showed that no party should take rural voters for granted.

“2019 showed us that the old tribal loyalties of politics are dissipating. Any party that comes up with a genuinely ambitious plan to grow the economy in rural areas would, I suspect, win a great deal of support.”