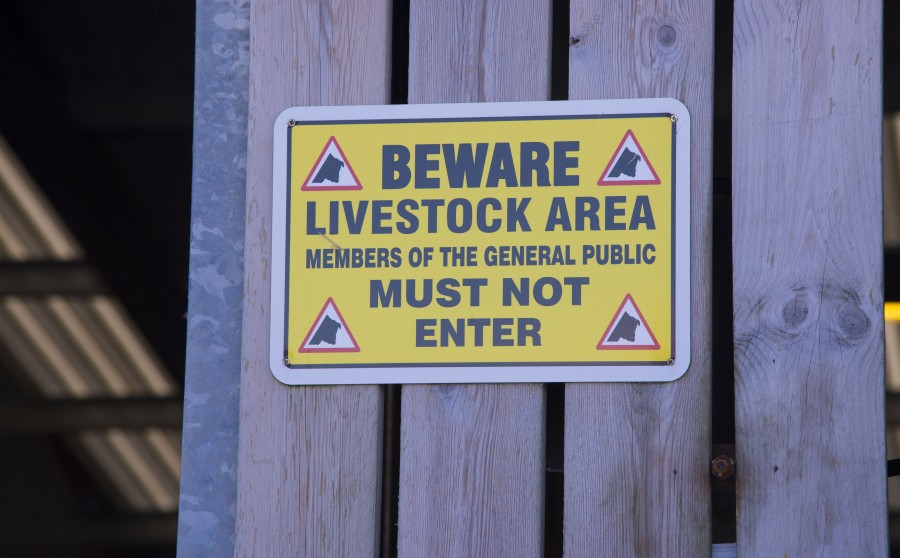 Livestock handling is one of the biggest causes of death and injury on British farms (Photo: FLPA/John Eveson/Shutterstock)

A farmer has died of his injuries following an incident involving a bull in Aberdeenshire.

The tragedy happened on farmland in Memsie, near Fraserburgh, on 19 August.

Emergency services arrived on the scene around 10.30am, where the farmer was pronounced dead by paramedics.

Police Scotland and the Health and Safety Executive (HSE) have started an investigation into the death.

Detective Sergeant Gavin Fleming, of Ellon CID, said: “Police and emergency services were called to a farm following a report of a man being serious injured by an accident involving livestock.

“A 61-year-old man was sadly pronounced dead at the scene by the Scottish Ambulance Service.

"There are no suspicious circumstances surrounding the death and a report will be submitted to the Procurator Fiscal.”

Livestock handling is one of the biggest causes of death and injury on farms, HSE explains.

The safety watchdog advises all farms with cattle to have proper handling facilities, kept in good working order.

Last year, 21 people in Britain were killed in agriculture last year, consisting of 20 workers and 1 member of the public - a four year old child.

Workers over the age of 55 were disproportionately at risk of death following an incident, HSE's report says.

How can I increase livestock safety measures?

To reduce the risk of injury when handling cattle, the HSE urges farmers to have:

• Proper handling facilities, which you keep in good working order;

• A race and a crush suitable for the animals you handle;

• Trained and competent workers; and