Farmer in 'serious but stable condition' after 40m quarry fall 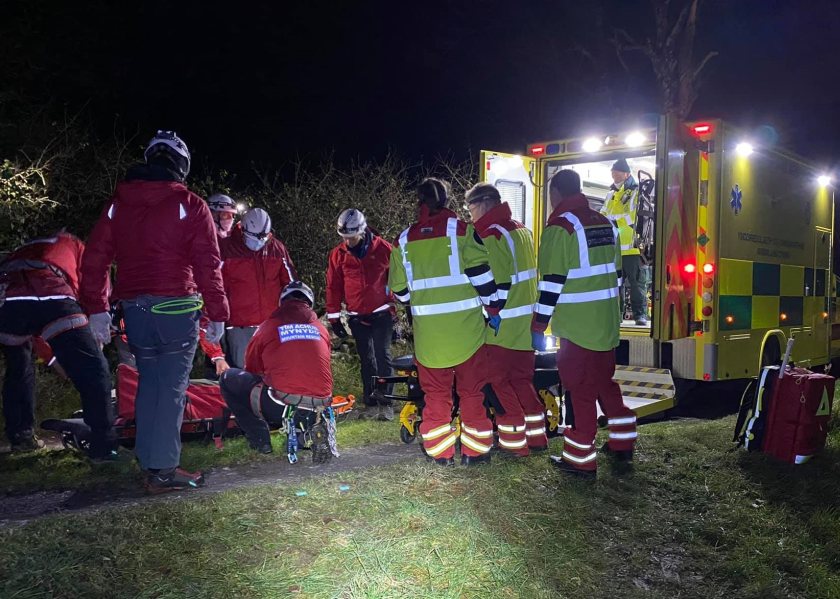 The farmer is said to be in a serious but stable condition (Photo: Aberglaslyn Mountains Rescue)

A Welsh farmer has suffered serious injuries after he fell 40 metres into a disused quarry while tending to his livestock.

The farmer, from Penygroes, Gwynedd, is reported to be in a serious but stable condition following the accident on Friday 13 November.

According to Aberglaslyn Mountain Rescue Team, he was unable to move following the fall onto the quarry floor.

When he failed to return home a search effort was mounted by family and friends, and upon being found the alarm was raised.

The team responded with 3 vehicles and 15 personnel, along with the Welsh Ambulance Services, EMRTS Wales and North Wales Cave Rescue. 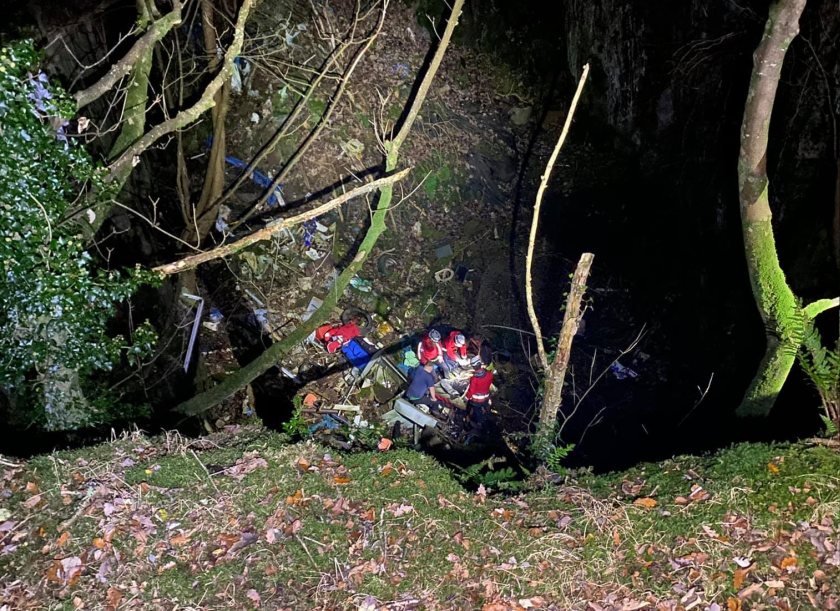 The team said in a statement: "Once on scene a doctor was quickly lowered to assess and treat the casualty, who was found to be in a serious but stable condition with multiple injuries to his head and legs.

"Using a rope rescue system, the casualty was placed into a stretcher by rescuers and raised from the quarry floor, prior to being carried through fields to an awaiting ambulance.

"The casualty was then conveyed to Ysbyty Gwynedd and onwards to the Major Trauma Centre at Stoke Hospital."

Aberglaslyn Mountains Rescue, which is a fully voluntary organisation, added: "We wish the casualty a speedy recovery".

It follows figures published by the Health and Safety Executive (HSE) which show that 21 people in Britain were killed in agriculture last year.