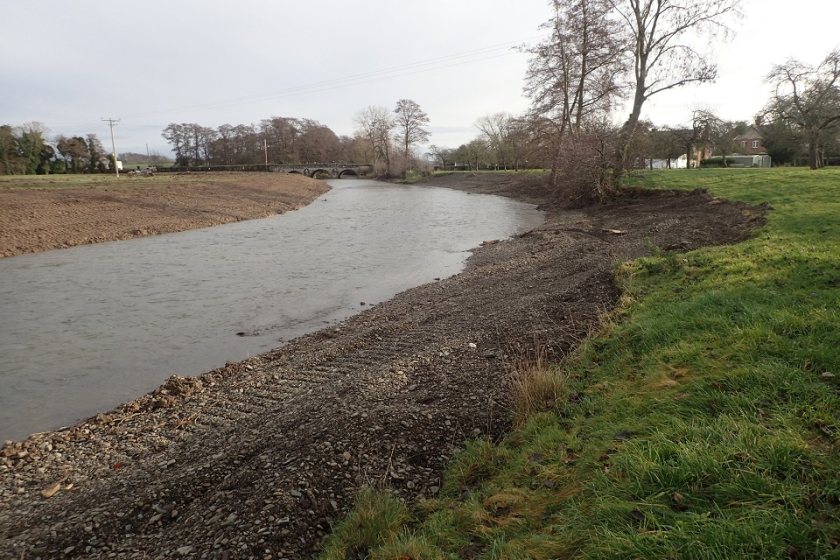 A farmer accused of 'obliterating' riverside habitats after he dredged a mile-long stretch of the River Lugg has pleaded guilty to all charges.

The first hearing took place on Wednesday (18 May) and Mr Price entered a guilty plea to all seven charges. Sentencing is likely to be later this year.

In a previous statement, Natural England and the Environment Agency said the banks of the River Lugg were "damaged in December 2020 causing suspected significant and long-term ecological harm".

The area is a Site of Special Scientific Interest (SSSI), which means permissions need to be granted before work can take place

However, Mr Price said at the time that he undertook the maintenance works to protect local households from flooding, which were heavily impacted by storms in 2019.

Last year, the Forestry Commission, following its own investigation, announced that no action would be taken against the farmer.

But the fresh legal action followed a joint Natural England and Environment Agency investigation into ecological harm to the river's protected stretch.

A spokesperson for both agencies said: “Natural England and the Environment Agency launched a joint prosecution against Mr John Price... following an investigation into unconsented work at Kingsland, in November 2020.

“Natural England and the Environment Agency take their roles in protecting the environment seriously, and will use their enforcement powers to take robust action against those who ignore the law.”