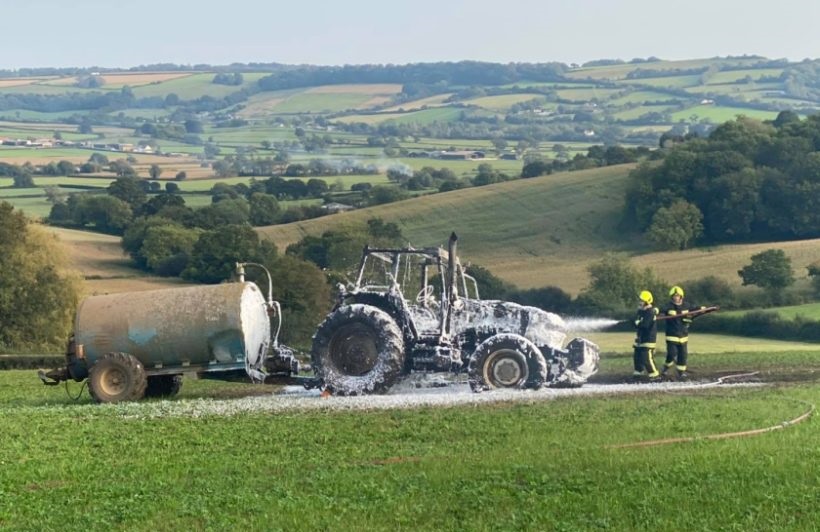 A farmer has highlighted the importance of rural fire stations after local crews battled a tractor blaze in a remote part of Devon.

Firefighters from Colyton, Seaton and Bridport received a call on Wednesday (16 September) reporting a tractor on fire at Colyton Hill, Whitford.

Once the crews got in attendance the officer in charge confirmed this to be a tractor that was 'well alight'.

The crew got to work to extinguish the fire with the use of compressed air foam system, one hose reel jet, four breathing apparatus and one thermal imaging camera.

The cause of this fire is believed to be accidental.

It comes after a farmer from Cornwall was praised by firefighters for his quick thinking when his tractor burst into flames.

He avoided a field full of hay which could have caught alight during the incident, which happened in July.

Rural insurer NFU Mutual recently launched a checklist to keep farmers safe during harvest, calling it 'one of the most dangerous periods' of the farming year.