Farmer urges others to 'never rush tasks' after cow accident 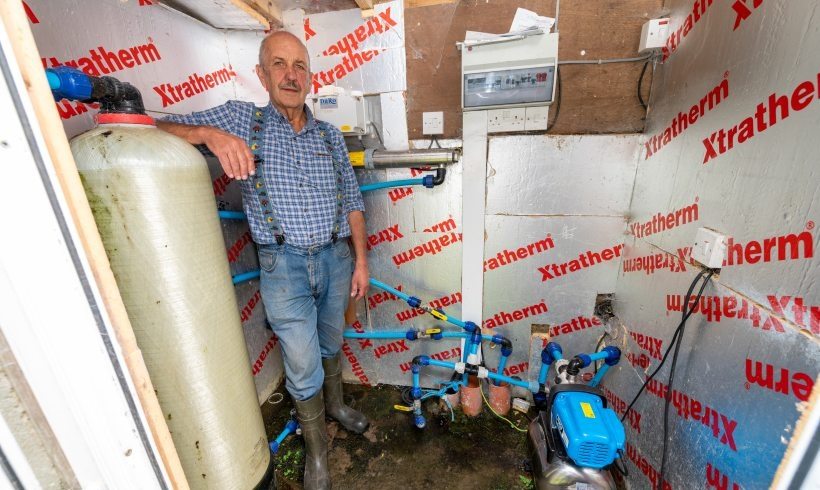 Almost three months after the incident, Richard Isaac says he is still not up to full strength, but recognises that he had an incredibly lucky escape

A farmer has urged others to 'stop, think, and never rush any tasks' after a usually docile heifer panicked and cracked three of his ribs earlier this year.

Richard Isaac is a third generation beef and sheep farmer who has a 600 acre farm near Ynysybwl in South East Wales.

Farming in partnership with his two sons, they have around 50 Welsh Black suckler cattle and a flock of around 1,800 mainly South Wales Mountain and cross Aberfield ewes.

At the moment, Mr Isaac, who is also a Farming Connect mentor, is recovering from three cracked ribs, the result of a recent farm accident involving a heifer.

“It just shows that however experienced you are, you never know when the unexpected is going to happen, especially when you are handling large animals,” said Mr Isaac.

“I always try and adhere to best practice across all areas of farming, but in hindsight, I should have realised that I put myself in a vulnerable position by turning my back on a large animal in such close proximity, even if only for a split second.”

Mr Isaac, a former agricultural college lecturer, said he always puts farm safety first, but on this occasion, he was taken completely unaware.

A normally docile animal decided that she wasn’t going to follow the herd, as he and his son moved the cows from the shed towards the cattle crush in readiness for TB testing.

“We were working next to a large, heavy duty metal gate, which had penned them all in," Mr Isaac recalled.

"But in the split second I turned my back to go through the gate, one usually quiet heifer panicked and decided to push her head under it in a bid to take a short cut and join the others.”

The gate sprang forward against Mr Isaac, throwing him face-down to the floor with significant force.

His son was on hand to quickly help him to his feet, but a short while later, struggling to move and still in a lot of pain, a visit to the x-ray unit in his local hospital showed he had three broken ribs.

Almost three months later, Mr Isaac is still not up to full strength, but recognises that he had an incredibly lucky escape.

“The accident could have been so much worse, I could easily have lost the ability to work altogether, but I am confident that in time, I should get back to full strength.”

Well known in farming circles, Mr Isaac is a former chair of the local Agricultural Training Board and Glamorgan NFU Cymru and is the current NFU Cymru council delegate for Glamorgan.

His accident has reminded him of the importance of reducing the risks of farm accidents by taking every possible precaution, and he is keen to warn others of the dangers.

“Stop, think, and never rush any tasks is my advice having been through this myself," he advised.

“We should all plan everything we do in advance, ensure we have the right systems or equipment in place to reduce the risk of accidents, stay alert at all times and never rush things.”

Over the past year, a total of 21 people in Britain were killed in agriculture, consisting of 20 workers and 1 member of the public - a four year old child.

This is according to a report by the Health and Safety Executive (HSE), which was released in July to mark the start of the annual Farm Safety Week campaign.