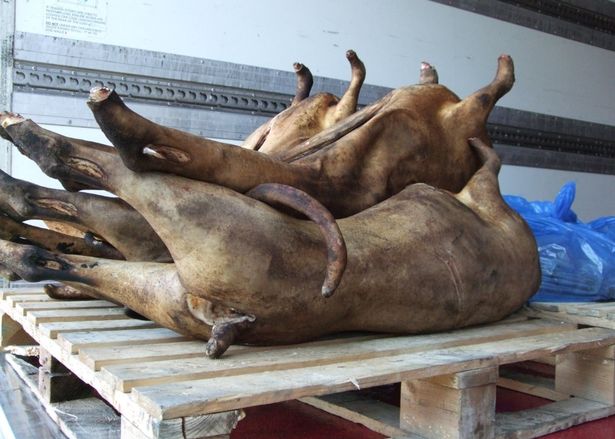 'Smokies' is a West African delicacy that is illegal to produce in the UK and EU (Photo: Swansea Council)

Attempts by authorities to reclaim more than £100,000 which a farmer made from producing an illegal meat have been unsuccessful, a court heard.

Welsh farmer Carmelo Gale, from Llandysul, Ceredigion made £104,323.25 from producing 'smokies' - an illegal meat banned in the UK and EU.

The meat is a West African delicacy. In the UK, they are often made from illegally butchered sheep where the skin of the animal is left on and blow-torched, and the spine is not removed, in contravention of UK and EU law.

It has now come to light that Mr Gale has 'no realisable assets' to his name and cannot pay back the money, Swansea Crown Court heard this week.

Mr Gale faced court in Swansea last November and pleaded guilty to six meat offences after inspectors found he was in the possession of 11 sheep carcasses used to prepare smokies.

The consignment of meat was examined and deemed to be unfit as none of it had a heralth mark, the skin was still attached to the carcases and they had a smoked appearance and odour.

They were being transported in insanitary conditions and the food was deemed unfit for human consumption.

For that hearing, Mr Gale was sentenced to eight months in prison, suspended for two years.