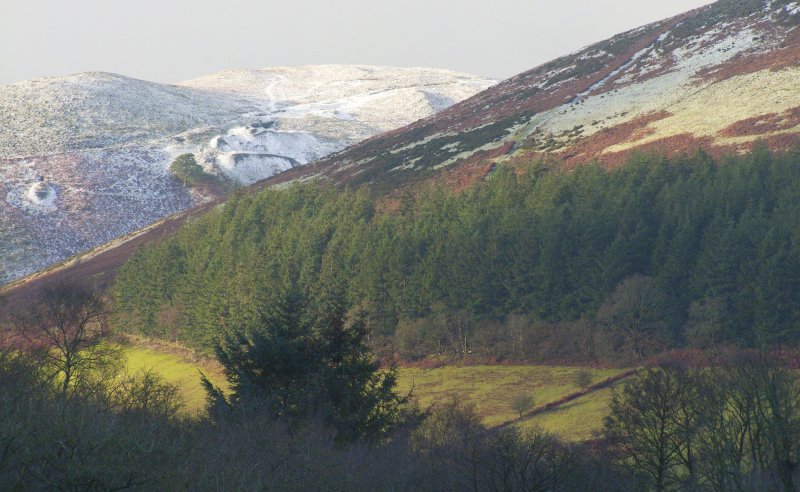 Farmers and landowners will help deliver a national forest running the 'length and breadth of Wales', the Welsh government has announced today.

The scheme is described as a 'connected ecological network' running throughout Wales, which would help protect nature and address biodiversity loss.

Mr Drakeford said the Welsh government wants to work with farmers and experts to 'translate ambitions into immediate action'.

“There is no escaping the huge environmental challenges the world is facing – the February floods have brought that home to us in Wales in the most devastating way," he said.

“We have a responsibility to future generations to protect nature from the dangers of our changing climate but a healthy natural environment will also offer protection to our communities from the dangers we ourselves face."

The scheme will be supported by £5m of new funding – this includes £1.5m to support community woodlands.

And a further £10m of funding for Glastir woodland creation and restoration is being announced today – applications for funding open from 16 March.

Minister for Rural Affairs Lesley Griffiths, said: “Accelerating the rate of tree planting in Wales requires a whole range of measures and the significant increase in Glastir funding announced today is a major step forward.

“I know Welsh businesses, communities and, particularly, our farmers and foresters, will want to help create the national forest."

While the Farmers' Union of Wales has welcomed the new funding, it warned that too many new trees could have a 'devastating effect on agriculture and rural life'.

Glyn Roberts, president of the FUW, told BBC News: "If you take away the agricultural aspect of the land you take away the backbone of our rural areas - that creates an economy and allows people to live in these areas.

"We have to look at the broad picture and not focus on one element when we're talking about a complex issue like climate change.

"As farmers we have much more of an answer to the problem than people realise."

It comes as the union recently expressed concerns over the implications of a widespread tree planting plan on tenant farmers who work on National Trust-owned land.

But the FUW said dozens of farm tenancies are to be altered as they come up for renewal to cut sheep and cattle numbers.