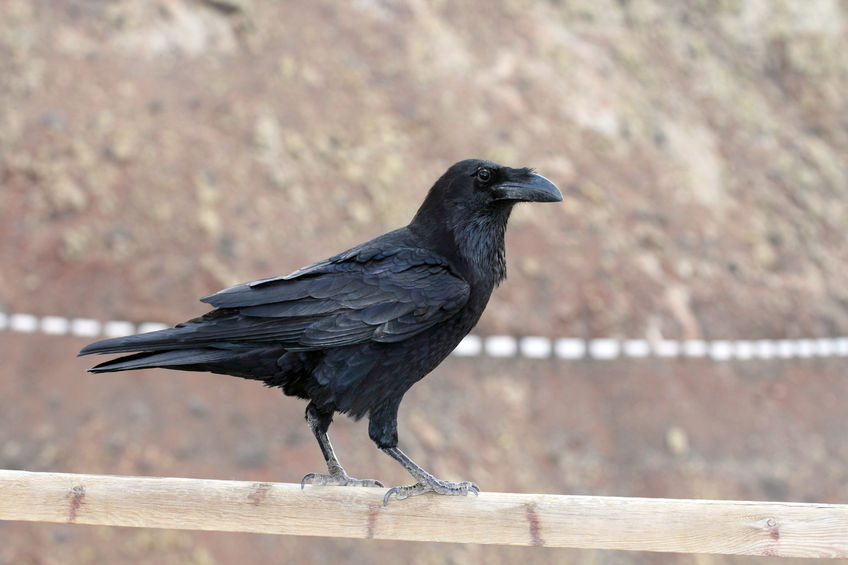 The raven is a protected species under law, but farmers fear the "massive increase" in them is leading to huge lamb losses

The increasing number of lambs killed due to ravens has led farmers to call for a cull to "responsibly reduce" numbers in Scotland.

With reports of young lambs being lost to raven predation during lambing time, the National Sheep Association (NSA) is reiterating its support to grant licences to allow raven numbers to be responsibly reduced.

NSA believes licences should also be readily available in other parts of the UK affected by what it says is a "massive increase" in raven numbers.

The sheep group says the increase has come about due to the bird’s protected status allowing populations to grow with little deterrent or control.

As well as impacting sheep flocks, local wildlife is also facing the danger of limited food stocks, endangering prey and ground nesting bird species such as oystercatchers and lapwings.

With lambing now finished across the UK, NSA has received reports of very high losses to ravens this year, including flocks in Scotland where 50 to 100 lambs have been killed.

'Loss of a tongue or eye'

NSA Chief Executive, Phil Stocker describes the gruesome way ravens kill lambs. “Ravens target lambs in vulnerable moments, even striking the very moment they are born, and the loss of a tongue or an eye is a terrible way for these young animals to die.

“Farmers respect the legislation but must have trust that when species levels reach strong numbers, there can be debate on sustainable levels. Responsible culling under licence will allow farmers to keep on top of the numbers and protect stock when they are at their most defenceless.”

The Scottish Natural Heritage (SNH), the body responsible for granting licences to farmers to cull, has come under criticism for its lack of movement on the issue.

NSA Scottish Region Chairman John Fyall has spoken out in defence of giving farmers' licences, calling it an "emotive issue".

“Nothing is as emotive as seeing a newborn lamb trying to find a teat to feed from its mother with no tongue and no eyes.”

The licence application process is stringent, with a farmer required to prove the birds have caused or are at high risk of causing serious damage.

Mr Stocker says the licences are used to protect ravens from killing livestock and wildlife, and will not be given out liberally or without proven reason.

He says: “NSA supports the practice of licencing in this way, as it ensures no action is taken without considered reason.

“The purpose of protecting a species is to ensure numbers do not fall below dangerous levels, and when positive progress is made and populations boom, options must be provided to prevent unintended consequences on other species of domestic and wild animal.”