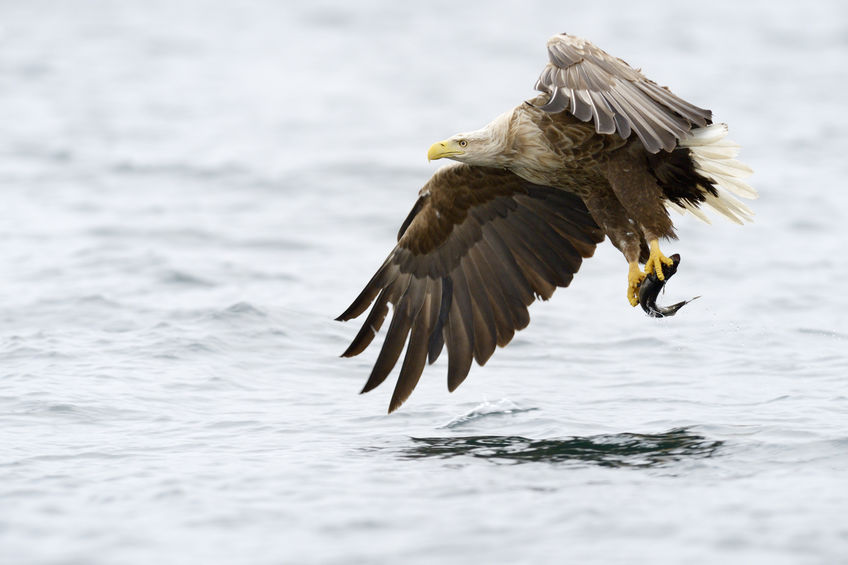 Scottish farmers are calling for substantive action to be delivered to better protect vulnerable livestock from predators such as white-tailed eagles.

Farmers are frustrated by the lack of progress to date in relation to the management of the birds, with NFU Scotland now calling for an 'urgent delivery' of key actions.

Many producers have experienced a significant year-on-year losses to the birds, particularly in areas where there is a lack of alternative prey.

NFU Scotland is a member of the National Sea Eagle Stakeholder Panel, representing farmers who have endured, in some cases, decades of predation.

The union warns that not enough is being done to address the key issues in the White-tailed Eagle Action Plan, led by NatureScot, an environmental public body.

In a letter, NFU Scotland has demanded a 'meaningful suite of actions' to be rolled out across areas that 'continue to be severely impacted by WTE predation'.

A joint agreement was reached between NatureScot and the union in 2014, promising action on white-tailed eagles.

Martin Kennedy, NFU Scotland President said: “Most farmers were optimistic that through careful management of the WTE population there would be a balanced, sustainable environment to enable and support both agricultural activity as well as the WTEs.

"Our members are frustrated by the lack of progress to date particularly in relation to the management of the birds – we need urgent delivery and implementation of key actions.

“We have learned much about the birds’ predation behaviour through the WTE monitor farms with NatureScot overseeing mitigation trials to try and reduce livestock loss with limited success.

"NatureScot now needs to apply this knowledge in actively trying to reduce the level of predation on some of the impacted farms and crofts.”

In the letter to NatureScot, NFU Scotland raised the key elements of the Action Plan that need to be prioritised under the framework of the revised White-tailed Eagle Action Plan 2021-2024.

It called for more support and control measures to be in place to help disperse or remove birds where failure to maintain population numbers results in preventable loss to livestock or wildlife.

Mr Kennedy added: “We are looking to NatureScot to demonstrate genuine commitment to making the necessary progress for farmers living with WTEs and we remain determined to support where we can.”