Farmers 'discouraged' from tree planting due to uncertainty 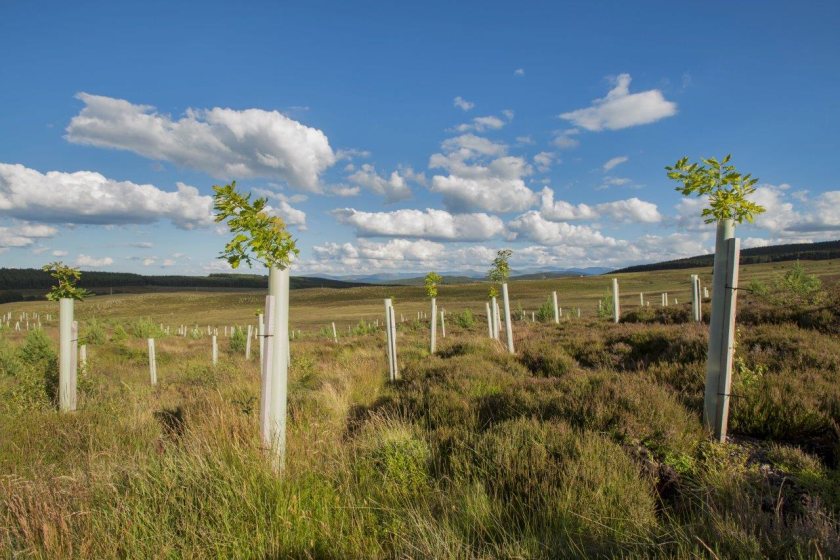 Farmers and landowners are being discouraged from planting trees due to uncertainty around future government funding, a public spending watchdog has warned.

Defra's tree-planting schemes are set to fall short of what the department initially set out to achieve, the National Audit Office (NAO) says in its new report 'Planting Trees in England'.

The watchdog, which scrutinises public spending for parliament and is independent of government, warns that Defra did not give enough consideration to whether its planting target is realistic.

It says the government will need to overcome significant challenges if it is to increase tree planting to the levels required for its net zero strategy.

Defra aims to achieve at least 7,500 hectares of annual tree planting by March 2025 to be on the trajectory required by its goal of reaching net zero by 2050.

Defra told the NAO that it determined it was realistic based on available evidence, including historic planting rates and the availability of land.

However, the NAO's report says the government did not undertake a detailed assessment of this evidence.

As well as achieving its headline targets, Defra also has a wide range of environmental, social and economic objectives, which the NAO says adds to the complexity of increasing tree planting rates quickly.

Private landowners, such as farmers, are also being discouraged from planting trees due to uncertainty about future government funding.

After 2024-25, the government will mainly fund tree-planting through the post-Brexit Environmental Land Management Schemes (ELMS).

However, uncertainty over the design of ELMS means Defra has been unable to develop detailed plans for this transition, the NAO's report warns.

Once within ELMS, tree planting will be competing for funding with a wide range of other government environmental priorities.

Farmers will be able to choose between tree planting and other environmental activities that may be more attractive to them or better suited to their business.

The NAO recommends that Defra and the Forestry Commission should urgently establish what is required for the transition of tree planting into ELMS.

They should also ensure that the monitoring and evaluation framework they are developing for the tree programme will be able to robustly measure progress against all its targets.

Gareth Davies, the head of the NAO, said Defra should have done more to make sure its tree planting targets were realistic.

“There are significant challenges Defra will need to address if it is to achieve its ambitious targets and support government’s wider net zero agenda," he said.

"These include sustaining the interest of landowners, ensuring there are sufficient skills on the ground and securing the active support of other parts of government.”

Some other challenges that Defra will need to manage include the need to secure stronger support from other government departments so that they plant more trees on the land they manage.

There are also risks to the availability of seeds and saplings due to tree nurseries either closing or reducing production levels, the NAO's report says.