Farmers get behind campaign to promote British lamb 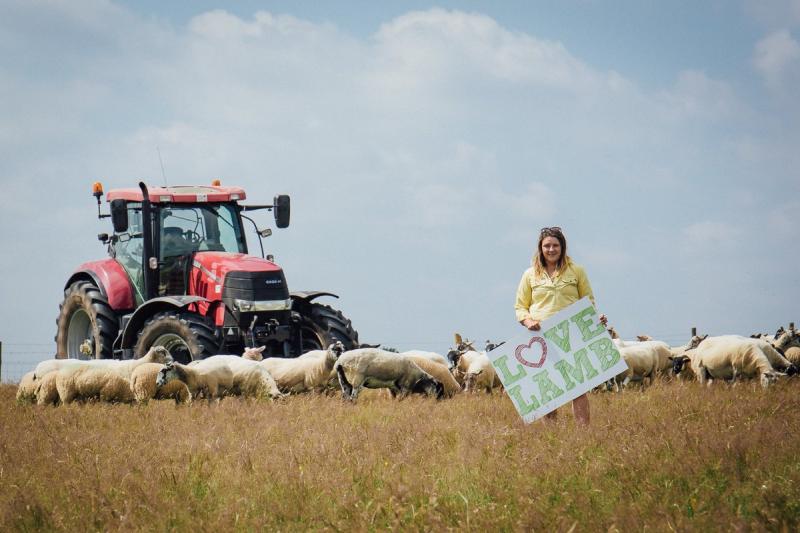 Farmers are getting behind a week-long campaign which encourages the public and retailers to back British lamb amid a period of uncertainty for the sector.

Love Lamb Week, which started on Monday (2 September), highlights the journey behind one of the nation's most iconic products.

The initiative encourages producers, butchers, retailers, restaurants and the public to show their support for British lamb.

One of its pleas is for lamb products on supermarket shelves to receive better promotion and visibility.

Another looks at how the restaurant trade could make use of the lamb carcase more by using cuts usually shunned.

NFU livestock board chairman Richard Findlay said the initiative is an opportunity for farmers to promote their produce.

“Our grazing sheep play a key role in shaping and maintaining the iconic countryside enjoyed by the British public.

“65% of UK farmland is only suitable for growing grass and grazing which means British farmers can produce sustainable, grass-fed lamb,” he said.

The campaign comes at a time when lamb products are facing slowing sales and export challenges.

A marketing campaign was launched earlier this year to put the meat back on people's plates amid fears the younger generation aren't eating enough of it.

Another woe facing the sector is the increasing possibility of a no-deal Brexit.

Farmers fear the sector will be one of the most affected by an abrupt exit as 94 percent of British sheep meat exports go to the EU every year.

“It is more important than ever that we throw our support behind our sheep farmers and truly champion British lamb,” Mr Findlay added.

“The British sheep industry has a great story to tell, both as a staple on our menus and a key feature of the great British countryside.”

This year's campaign, now in its fifth year, is running from 1-7 September.