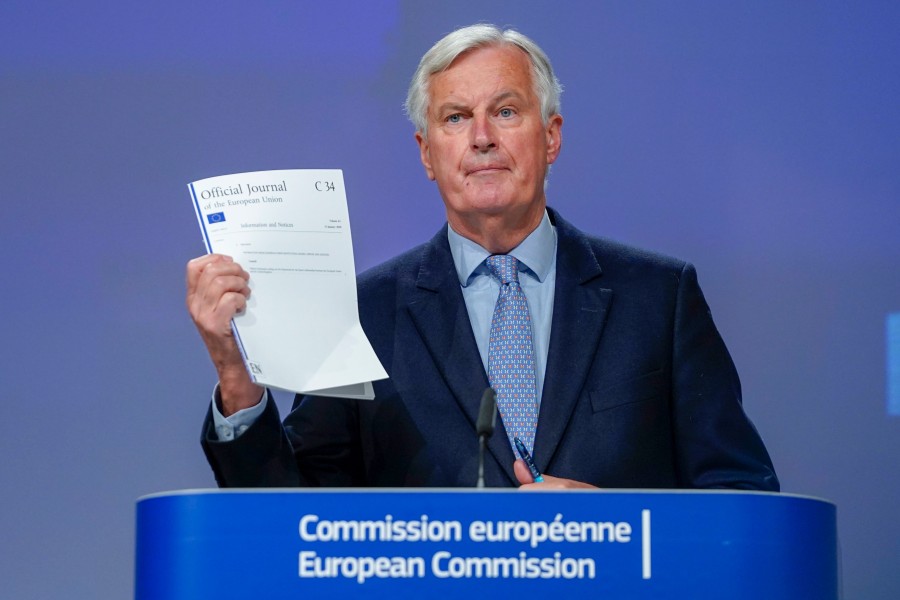 EU's Michael Barnier said 'no significant progress' had been made last week. The CLA warns that without a trade agreement 'thousands' of farmers would 'go out of business'

British farmers are 'greatly concerned' over the speed at which UK and EU trade negotiations are going, the Country Land and Business Association has warned.

The fourth round of talks on a post-Brexit deal commenced on Tuesday 2 June, but 'no significant progress' has so far been made.

Health Secretary Matt Hancock said on Friday 5 June that a trade deal with the EU based on the UK's 'very reasonable' demands was still possible.

The cabinet minister said he 'very much' hoped a no-deal scenario to the negotiations could be avoided if both sides cooperated.

Mr Hancock was speaking after the EU's chief Brexit negotiator Michel Barnier accused the UK of 'backtracking' on its commitments.

“This week, there have been no significant areas of progress ... We cannot go on like this for ever,” the French minister told a news conference.

"We have always been open to the possibility of an extension of one or two years - as is possible under the exit agreement. And our door remains open."

Now the CLA has raised concerns that without a 'quality' agreement thousands of farmers in both the UK and EU would 'go out of business'.

The European Union sells £33bn of agricultural products to the United Kingdom each year – almost £20bn more than the UK sells to the bloc.

“It is of great concern to farmers in the UK, and I’m sure the EU too, that these talks are making such limited progress," the group's president Mark Bridgeman said.

“We understand a degree of posturing is inevitable, but no one – on either side of the negotiating table – should forget what is at risk.

"We strongly encourage both sides to return to the table as quickly as possible.”

Mr Bridgeman added that rural communities and livelihoods in the UK and the EU would be 'devastated' without a trade deal.

The comments come as figures show that the EU presently exports €37bn (£33bn) of food products to the UK each year.

The National Sheep Association has also highlighted concerns over the movement of direction trade talks were going in.

"Agriculture has already had issues to deal with over the last few months, as we saw exports dry up and the closure of the hospitality and food service industry," NSA chief executive, Phil Stocker said.

The Confederation of British Industry (CBI) called progress in the negotiations 'worryingly slow', adding that this was causing 'deep concern to firms when resilience has rarely been more fragile'.