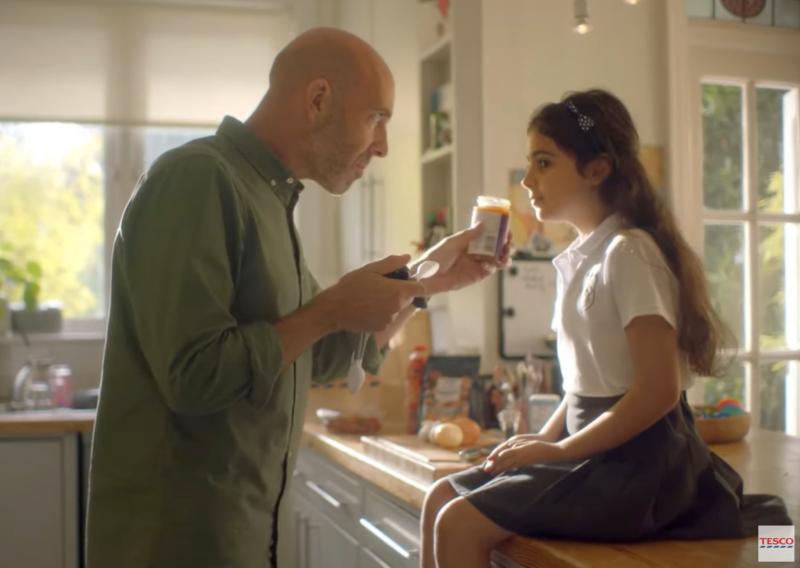 On the retailer's television ad, a young girl can be seen saying 'daddy, I don’t want to eat animals anymore'.

The advert, launched earlier this month, is entitled The Carl's 'All Change' Casserole, which is part of Tesco's 'Food Love Stories'.

But farmers and industry groups have taken issue with the supermarket chain over the use of language in the advert.

The NFU has now written to Tesco to outline its concerns and how it has caused 'significant distress' for British farmers.

The union said the advert 'demonises' meat as a food group, which in turn has 'negative connotations' for farmers and a healthy, balanced diet.

It said food and nutrition must be 'looked at as a whole, rather than food groups in isolation', as meat is 'naturally rich in essential vitamins, iron and zinc'.

"There are certain parts of the population, especially teenage girls, who are currently not eating sufficient quantities of these micro-nutrients to fulfil their dietary requirement," the NFU said in a statement.

"We believe it is vital that children do not establish misleading views of food groups, which may later affect their health and diets."

As meat suppliers direct to @Tesco and loyal @Tesco customers I'm disgusted at the meat free advert - the use of a child and the language is totally unnecessary and offensive to the meat eating 90% of your customer base and your loyal meat suppliers. Pull the add and apologise.

Hi @Tesco @tesconews
Following the advert promoting meat free cumberland sausages-Would like to know when adverts promoting locally sourced,sustainable red meat will be aired?Will you use children in that advert saying how much they love lamb,beef etc? https://t.co/ZPlfOrsr5Z

A farmer from Cornwall took to social media to highlight the retailer's controversial use of 'fake farm' branding, an issue which has drawn widespread criticism from the industry.

Sorry @Tesco if you're gonna use a kid to guilt me into not eating meat then I'm going to change to Asda instead.
But hey fake food sold by the fake farms does seem perfectly apt.
If only we could use fake money to buy it.

It follows a recent debate on ITV's This Morning where Abi Reader, a Welsh dairy farmer, stressed that, no-matter what diet they choose, consumers must be better informed about meat as part of a healthy diet.

Meanwhile, a column in The Daily Telegraph by Staffordshire dairy farmer Noreen Wainwright explores the ‘victimisation of farmers’, and cites Tesco’s latest advert as another kick for farmers whose livelihoods are at risk.

The piece highlights the mental health issues experienced by farmers and the lengths they go to to work in an environmentally friendly way.