Farmers needed to help research into biological control of pests 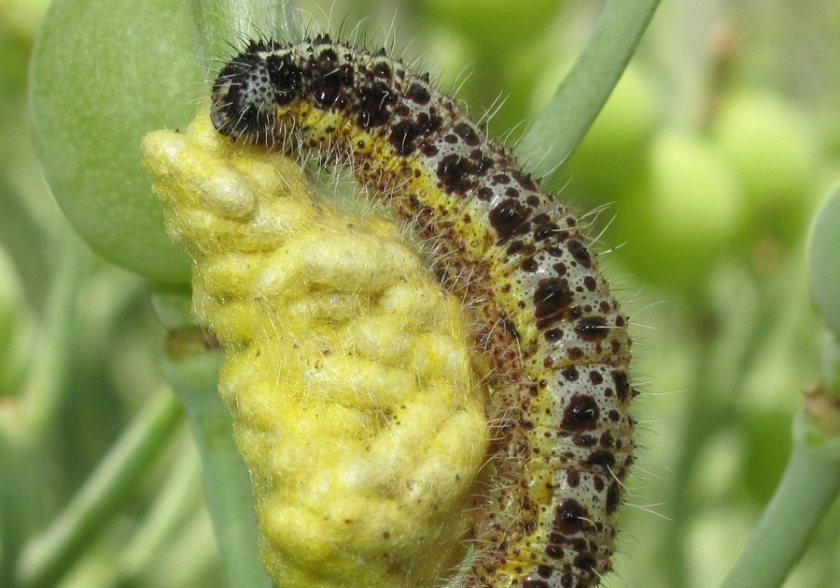 Farmers are being called on to send in large white butterfly caterpillars to help studies into crop pests (Photo: Rothamsted Research)

Farmers and growers are being asked to send large white butterfly caterpillars to researchers to help studies into the control of crop pests.

Armyworms are devastating pests, where just a handful of caterpillars can obliterate large areas of cereals or grazing land in a matter of weeks.

Ruth Carter, a scientist at Rothamsted Research said: "They’re a real problem right across Africa in particular where they contribute to the continued poverty and misery of millions.

“Our hope is that this tiny parasitic wasp might provide new insights, and possible new ways of controlling armyworm outbreaks, rather than the widespread use of pesticides.”

As part of its life cycle, female wasps lay a clutch of eggs within a caterpillar and over the next two to three weeks these larvae feed on the host before finally killing it.

They then spin their characteristic yellow cocoons on or near the dead caterpillar, before finally emerging as adult wasps.

Ms Carter will be investigating the interaction between the wasps, the caterpillars, and the plants they feed on.

“I'm trying to understand how plant ‘smells’ change after the crop has been attacked by the armyworms. We know plants change their leaf chemistry and the chemicals they emit in response to being fed on.

"I’m trying to understand how this affects parasitoids. For example, are the wasps attracted to these plant aromas – in other words, are the plants calling for help?”

She is asking farmers and growers who comes across large white caterpillars carefully collect them, place them in a pot with leaves of the plant they were on, and then send them.

Large white caterpillars are fairly easy to identify, she said, as they mainly feed on plants within the cabbage family plus other common plants such as nasturtiums.

For more information on how to collect and send caterpillars, farmers should email Ruth.carter@rothamsted.ac.uk.