Farmers tell Prince William Brexit could be 'dire' for business 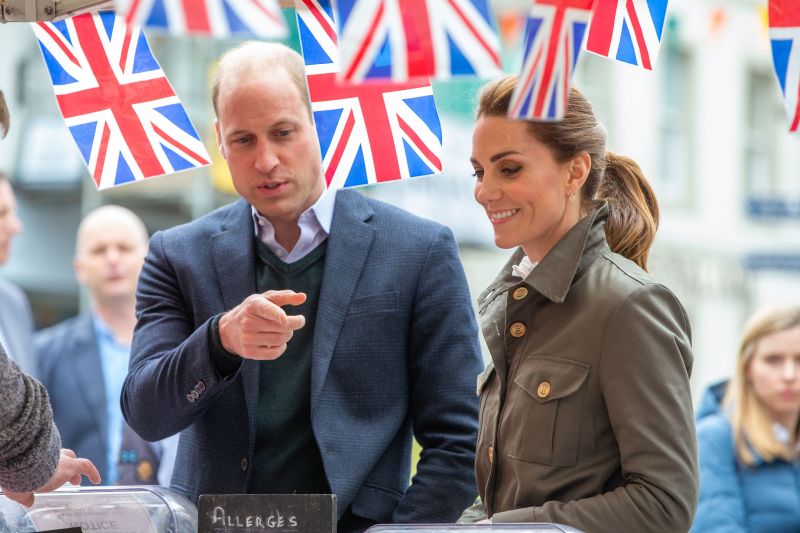 Farmers in Cumbria have told Prince William and Kate Middleton how leaving the EU could be 'absolutely dire' for their businesses.

The Duke and Duchess of Cambridge visited Deepdale Hall Farm in Patterdale, near Ullswater on Tuesday 11 June to see first hand how farmers in the region conduct their day-to-day lives.

The couple even picked up a pair of shears and tended to a flock of Herdwick and Swaledale sheep on the traditional fell farm.

The Duchess of Cambridge sheep shearing during a visit to a farm in Cumbria ?? pic.twitter.com/3vCehmx6Xh

William went on to ask the Brown family, who have been farming in the area for over 60 years, and other local farmers what their thoughts were on Brexit and the challenges it brings.

He quizzed farmers at the meeting: “Is that something you're worried about?”

36-year-old Sam Rawling, who farms in west Cumbria, replied: “I was quite surprised that farmers voted for Brexit, to be honest. It’s like turkeys voting for Christmas.

“If we lose our support payments from Europe and we have a loss of our export market... we'll see a massive reduction in farm income. It's potentially a big problem,” he said.

“The reality is that there is not enough income to make a living from old-fashioned traditional sheep farming or cattle farming. They have got to do other things to survive.”

Farmers could face 40 percent tariffs on lamb exports if the UK crashed out of the European union without a deal, Mr Day explained.

“The worst case scenario is a real black hole that a lot of farmers would struggle to get through.”

Jimmy Brown begged to differ. At the meeting, he explained how he voted Leave in the 2016 EU referendum because people in the UK 'didn't elect' the politicians in Brussels.

“I voted for a better future without all these rules and regulations that the EU brings, and which our government seems to gold plate.

“All the rest of Europe does not seem to bother with them. The French, if they don’t like something, they blockade the motorways and bugger everybody else,” he said.

The Royal visit follows a recent survey showing how over a quarter of British farmers still favour a hard, no-deal Brexit.