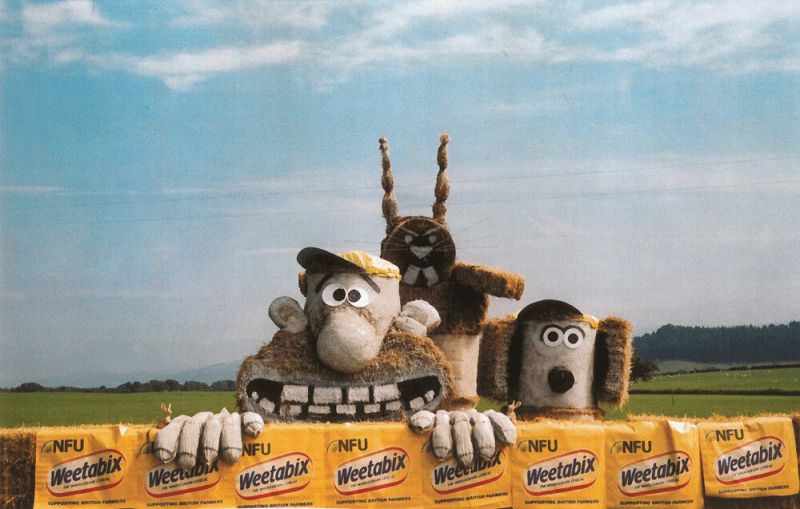 Weetabix has announced a competition which will see local farmers compete to create a winning sculpture from their straw bales.

The competition, which will award the winner £1,000 toward a charity of their choice, comes as the cereal brand celebrates the 10th harvest under its wheat protocol.

First established in 2010, the protocol sees the Weetabix Food Company source its wheat from farms located within a 50-mile radius of its mills in Burton Latimer, Northamptonshire.

It ensures that around 75,000 tonnes of locally sourced wheat is used to make the cereal.

To celebrate the 10th protocol harvest, the company has announced the return of its ‘Wheat Art’ competition.

Previous years have seen farmers create impressive and humorous structures, including scenes from Wallace and Gromit, a Weetabix-eating teddy bear, and a lion.

Hitesh Bhatia, Strategic Sourcing Manager at Weetabix, said this year has been 'challenging' for farmers.

But after a damp start to the harvest, the record temperatures experienced over the Bank Holiday weekend saw a successful wheat harvest rapidly conclude across much of the UK.

“It has been a challenging British summer with the rain, but our farmers are getting on with the job,” Mr Bhatia said.

“It’s great to celebrate our 10th protocol harvest with our farmers through the Wheat Art competition, we can’t wait to see some iconic art.”

Several times a year, Weetabix consults with its Growers Group, a council of local farmers and merchants, to review and update the wheat protocol to drive improvement in environmental and food safety standards.

The company recently hosted an annual meeting with its growers to share research on the effects of farming on wildlife and the environment and discuss how this could impact on the protocol.