Farmers urged to get involved with new waste crime unit 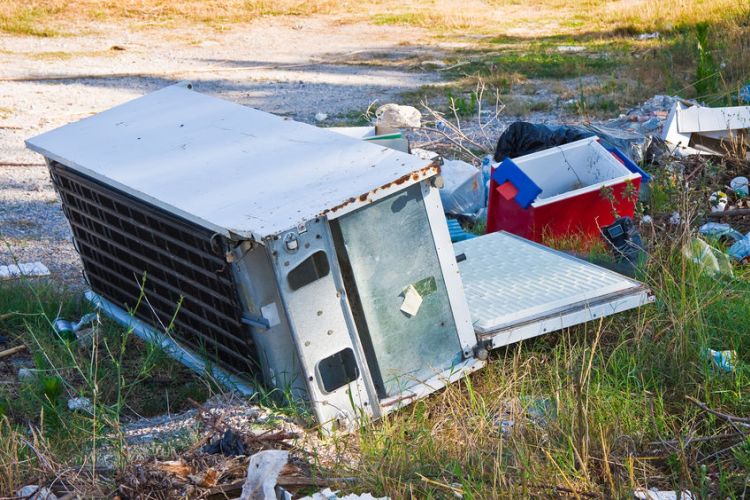 The NFU has urged farmers and landowners to get involved with a new waste crime taskforce as figures show an increase in flytipping incidents in the countryside.

The Joint Unit for Waste Crime (JUWC) has been set up by the government to tackle serious and organised waste crime in the UK.

Such incidents include dumping hazardous materials on private land and falsely labelling waste so it can be exported abroad to unsuspecting countries.

The JUWC will bring together law enforcement agencies, environmental regulators, HMRC and the National Crime Agency.

Serious and organised waste crime is estimated to cost the UK economy at least £600 million a year.

A 2018 Home Office review found that perpetrators are often involved in other serious criminal activity, including large scale fraud and in some cases modern slavery.

Meanwhile, fly-tipping statistics for the year 2018/19 reveal that local authorities in England dealt with just over one million incidents, an increase of 8% from the 998,000 incidents reported in 2017/18.

To tackle the growing trend in criminal waste networks, the new unit will conduct site inspections, make arrests and prosecutions and, upon conviction, push for heavy fines and custodial sentences.

NFU vice president Stuart Roberts welcomed the formation of the new taskforce, but said farmers must get involved 'at every stage'.

“They are the people who too often feel ignored and are always the people at the sharp end of this growing problem.

“Figures reveal a major issue that continues to spiral out of control, affecting two thirds of all farmers with potentially a large number of unrecorded incidents taking place on private land,” Mr Roberts said.

“Illegally dumped rubbish is costly and time consuming to remove, dangerous to human health, harmful to wildlife and livestock and, in some cases, fly-tipped waste pollutes watercourses and contaminates land.

“By working together, we can tackle this continual blight on our countryside and allow farmers to concentrate on what they do best, producing safe, traceable and affordable food for us to enjoy.”

Figures show that more than a third (33 percent) of all fly-tipping incidents in 2018/19 were equivalent in size to a small van load.

‘Tipper lorry load’ sized incidents are the most expensive to clean-up, with just three percent of incidents (36,000) costing councils £12.9 million to deal with.

Across all local authorities in England, 76,000 fixed penalty notice fines were issued, which only totalled just over £1 million.