Farmers urged to share views on Enzootic Abortion of Ewes 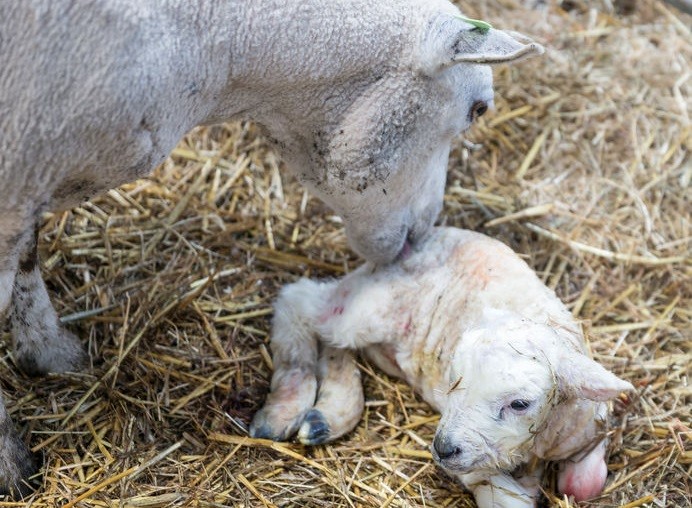 Farmers are being asked to share their views on Enzootic Abortion of Ewes in a UK-wide survey to better understand their current approach to managing the disease.

EAE is caused by an organism known as Chlamydia abortus and is the most commonly diagnosed cause of abortion in UK sheep, costing the sector up to £20m annually.

The survey seeks to assess the scale and on-farm experiences of the condition and the role of vaccination before tupping to help prevent unnecessary lamb losses and the inappropriate use of antibiotics.

Ceva Animal Health and the National Sheep Association (NSA) have launched the survey amid the ‘For Flock’s Sake – Vaccinate!’ campaign, which runs throughout the summer and aims to raise awareness of EAE.

The most recent APHA report for disease surveillance and emerging threats during Q1 2020 revealed that 42% of all diagnosed abortion cases during this period were attributed to EAE, 177 out of 420 cases.

Over a 10-year period between 2009 and 2019, APHA's Surveillance Intelligence Unit found that 2,819 farms had repeat occurrences of EAE.

A recent review of case histories for a selection of farms with EAE incidents revealed that in one flock alone, losses were as high as 26%, 43 lambs dead in a flock of 160.

The cost of a lamb lost during the neonatal period was as high as £25, which does not include the potential earnings lost from lambs not going on to be raised and sold.

In one flock assessed, neonatal losses accounted for at least £1,700. The absence of a vaccination programme was a consistent finding in the review.

Moreover, Ceva estimates that just one abortion due to EAE costs a farmer £85 when taking into account: getting ewes in lamb, supporting the pregnancy, cleaning up after abortion, vet investigation, carcass disposal and veterinary costs to treat the ewe or purchase a replacement, without considering the loss of lamb sale.

One injection of vaccine is generally sufficient to protect the ewe for up to three lambing seasons so after the first year the cost of vaccination is around £75 per year for replacements.

Stephenie Clarke, product manager at Ceva, said the ‘For Flock’s Sake – Vaccinate!’ initiative would help raise awareness of EAE and highlight the role of vaccination before tupping.

"The survey will provide us with a valuable insight into farmers’ experiences of EAE in their flocks, the financial impact it has on farm and any trends that may exist,” she said.